It's been a wildly successful start to the 2021 NFL season for our island game props writeups. We took just one player prop loss in Week 2 and won 4-of-6 same-game parlays through the first two weeks of the season. Our season-to-date record is 23-13 (+20.69 units).

There was a massive correction after Week 1 saw most props finish over, so Week 2 was the time to be on unders. Passing attempts were way up in Week 1, and the books adjusted on their numbers. This resulted in a majority going under in Week 2. Passing yards are still the best bets on overs, but even that saw some slight correction between Weeks 1 and 2. 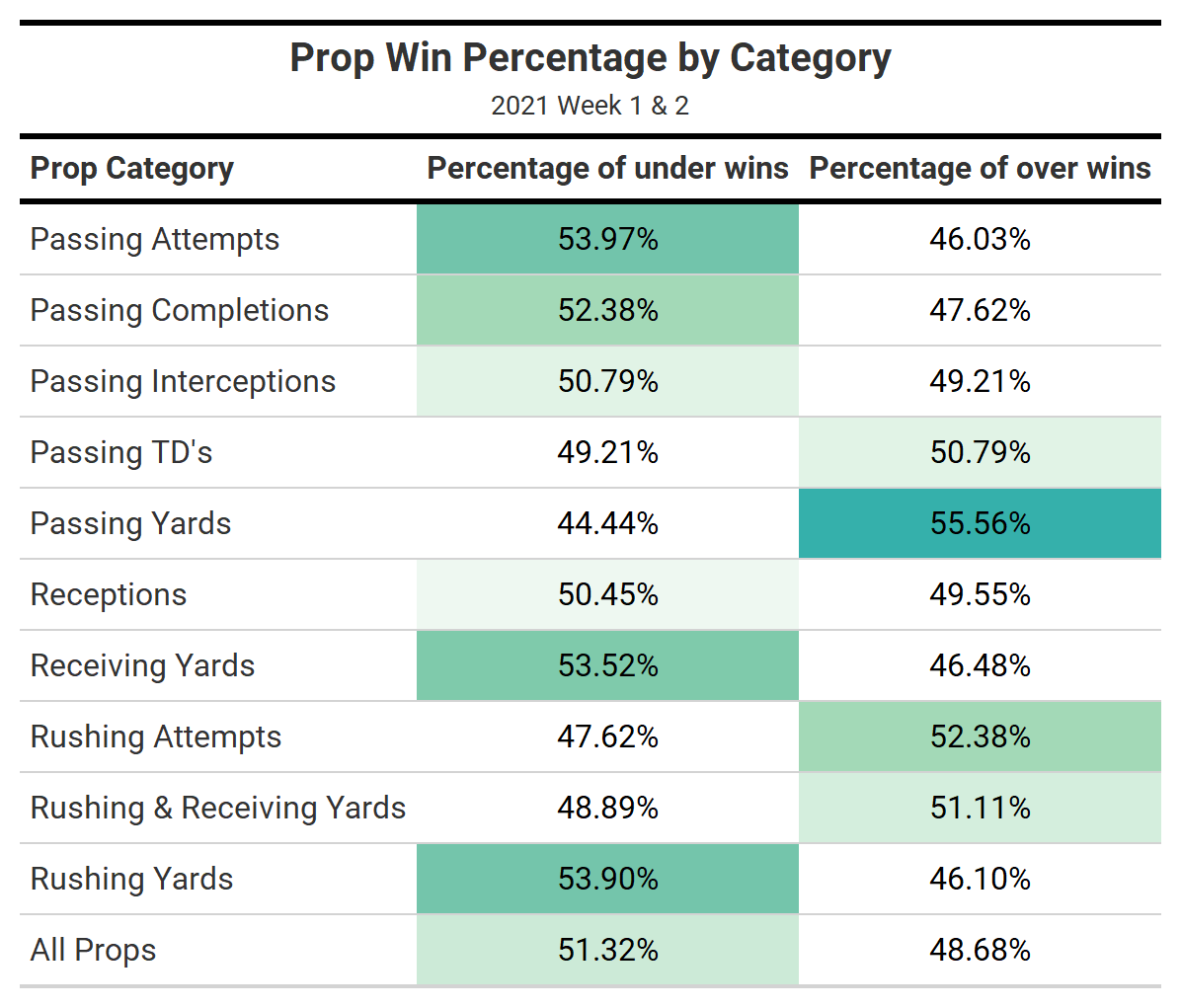 One way to consistently find defined edges is by utilizing PFF's player props tool. The ability to adjust both number and price means you are always certain of the expected value for each prop bet. Let’s dive into the best player props to bet for the NFL Thursday night game.

Christian McCaffrey in wins since 2019: 23 carries per game

Christian McCaffrey in losses since 2019: 16.4 carries per game

In a game where Carolina should be playing from ahead, the positive game script should make for a huge-volume McCaffrey game on the ground and a pretty good bet that he carries the ball at least 19 times.

Additional motivation for Matt Rhule to give his star back the ball is the simple fact that Houston’s run defense is bad. They are 29th in the NFL through two weeks in team run-defense grade (43.1) and 28th in expected points added (EPA) allowed per rush. Only the Chiefs (18) have missed more tackles than the Texans (15) against the run through two weeks, and Kansas City has faced almost 20 more rushing attempts.

PFF’s player prop tool gives McCaffrey a 55.7% chance of rushing at least 19 times, so this should be a relatively safe play to either bet as a solo play or include in a parlay.