Week 1 AAF beyond the box score stats to know

The Alliance of American Football's first weekend slate of games went off without a hitch and we here at Pro Football Focus were back at it, grading every single player on every single play of every single game. While we sift through our grades, one of the products of our grading system is an advanced set of statistics and data that you can't find anywhere else.

Coupled with our PFF Elite subscription, here are the beyond-the-box-score stats to know from Week 1 of the AAF.

[Editor's note: The stats mentioned in this article can be found with a PFF Elite subscription. Join now for every game of the AAF season!]

As with the NFL, the AAF will likely showcase the importance of the passing game in today's football. As stated in the Monday Morning Takeaway, each team who won did so on the back of plus-grades from their quarterback while each team who lost did so with an uninspiring performance of well-below average grades from their signal-caller. Every quarterback needs reliable receivers and here are the most-targeted receivers from opening weekend: 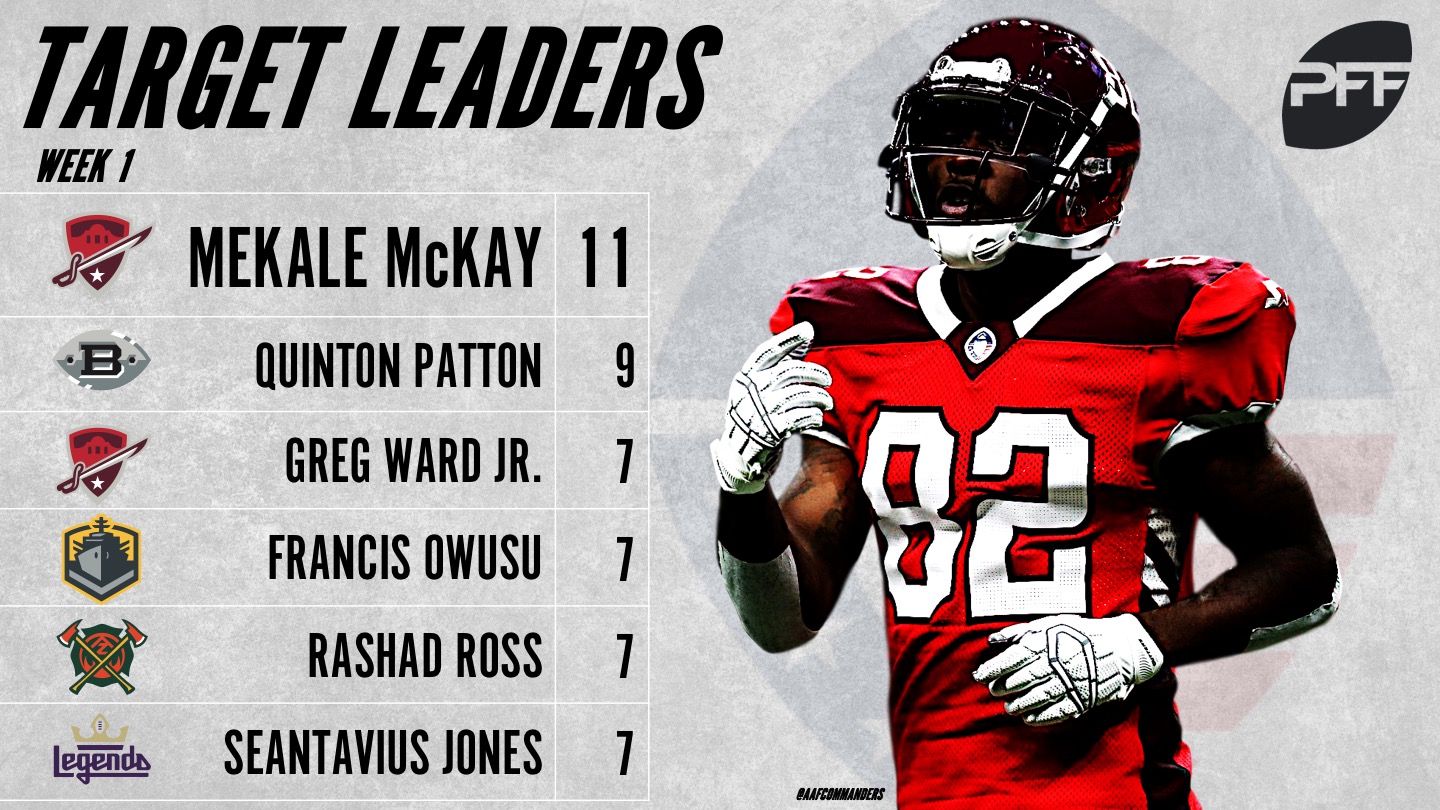 Most receptions from receivers:

Being targeted is one thing, but hauling in those passes is another. Here are the leaders in receptions at the wide receiver position after Week 1:

Only two receivers went over 100 yards despite some seeing some heavy targets from their respective quarterbacks, and here are the leaders in receiving yards among receivers after Week 1:

Most targets from the backfield

Pass-catching running backs are the wave of today's pro football realm and the AAF saw some big target numbers from running backs in Week 1:

While receiving targets and carries are good in their own right, players have to see the field before they can tally such numbers. With our player grading process, we also track how many times a player lined up on offense across any of the positions, and here are those snap count leaders for various positions on offense in Week 1: 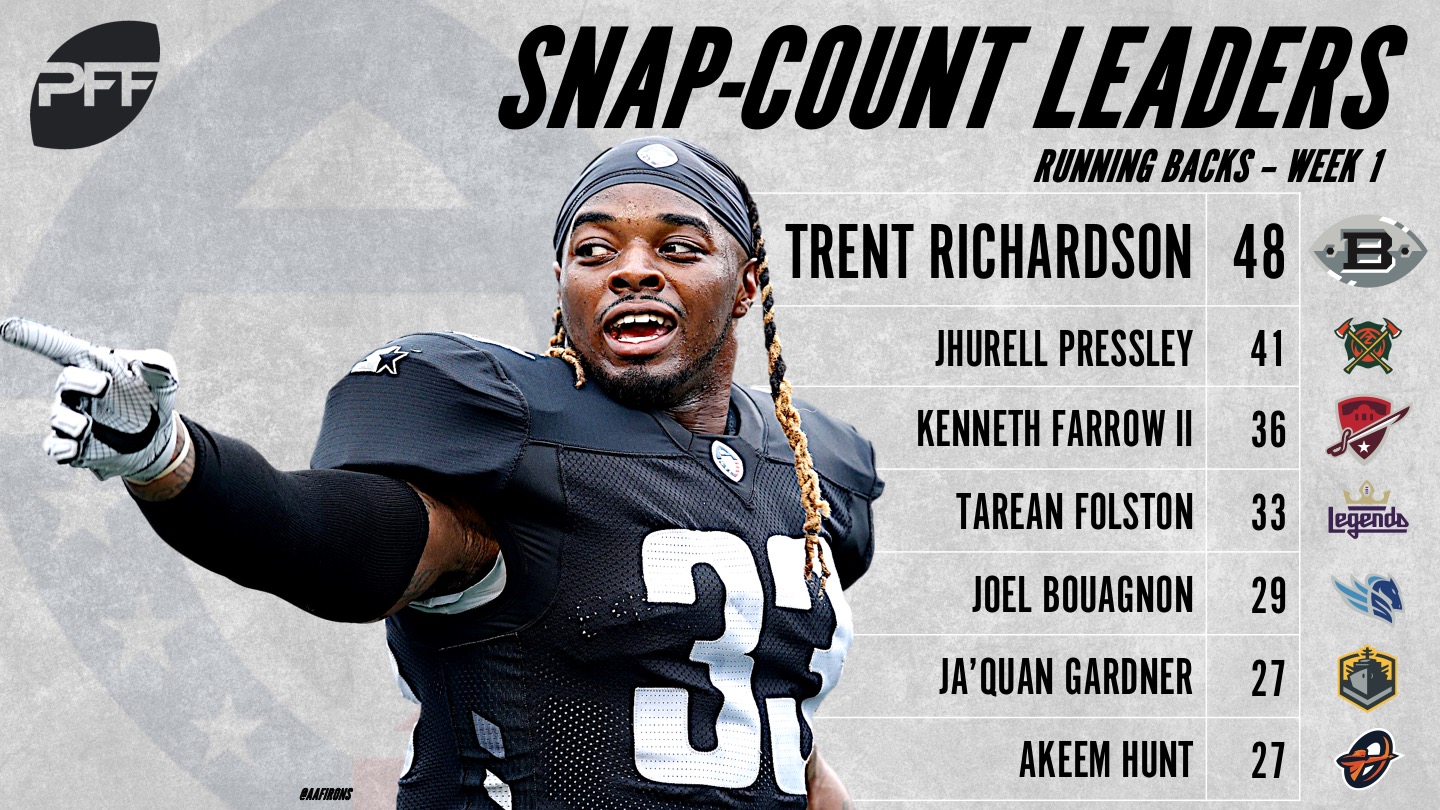