The Los Angeles Chargers defeated the Pittsburgh Steelers, 33-30, in Week 13 of the 2018 NFL season. 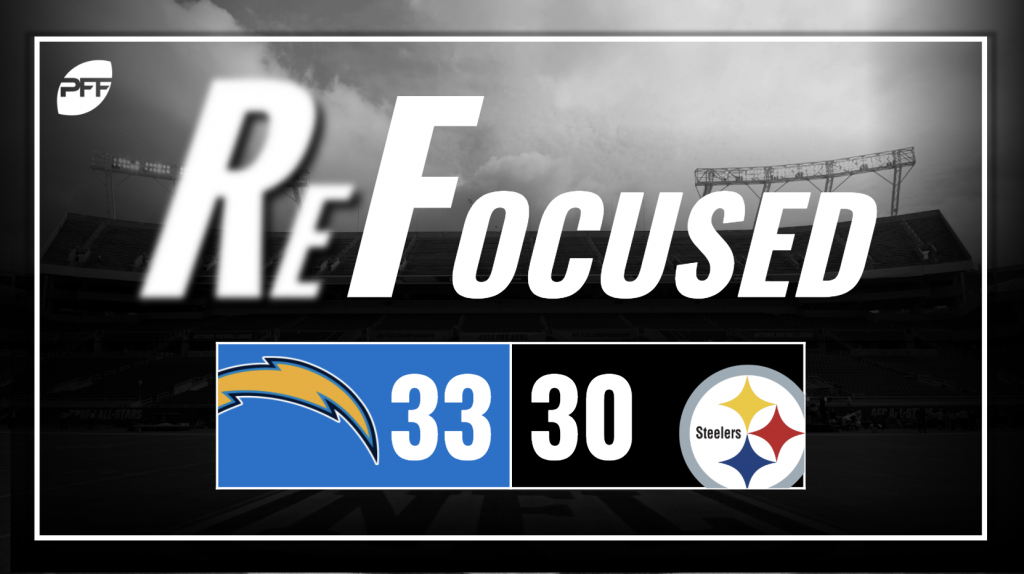 Apart from a couple drops, Chargers wide receiver Keenan Allen had a big game. He was the beneficiary of a dropped Joe Haden interception that fell in his arms for a touchdown but had a productive game and hauled in 14 passes for 148 yards and moved the chains on a number of third down conversions.

Running back Justin Jackson played a vital role and provided a spark for the Chargers' offense in Melvin Gordon‘s absence. Between Austin Ekeler and Jackson, it was Jackson who had the hot hand. The former Northwestern back finished with 63 yards on eight rushes.

Rookie safety Derwin James had a monster game in primetime, as he recorded an interception and also broke up a pass. And any time the ball was caught underneath, James as aggressive in his pursuit and limited yards after catch.

Alongside James was second-year cornerback Demond King. He was in the slot all game and, along with James, prevented the Steelers catching anything underneath. The most important play of the game and the play that got the Chargers tied for the first time was on special teams, as King took a punt 73 yards by making Steelers' Darrius Heyward-Bey miss a tackle and then bursting up the middle of the field for a touchdown.

For the majority of the game, the Pittsburgh defense stymied the Chargers' run game. Then, in the second half,  Jackson gashed them for a couple big gains. The unit did allow less than four yards per carry but struggled on third down, as the Chargers moved the chains on third down more than 50% of the time.

The Steelers' front pressured Philip Rivers all game long and wound up with two sacks and nine hits on the Chargers quarterback. L.J. Fort impressed and led the team with 12 tackles.

Ben Roethlisberger threw for 281 yards, but when he wasn't targetting Antonio Brown, the Steelers' offense struggled to move the ball through the air. No other Pittsburgh receiver gained more than 50 yards through the air.

Brown had his first 150-yard receiving game of the season, as he dominated the Chargers' secondary and looked like one of the best recievers in the game again. Early in the game, he beat Casey Hayward downfield for 46 yards before getting tackled at the one-yard line.

It was a tale of two halves for the Chargers, and they came away with a win after trailing by 16 points at halftime. Rivers continued his impressive season and threw for 286 yards and two touchdown passes.

The Steelers' offense was limited to just one player. While the offensive line played well and helped Pittsburgh's backs gain four yards per carry, the Steelers needed another skill player to step up outside of Brown.