Here are the top five offensive line contracts headed into the 2018 NFL season: 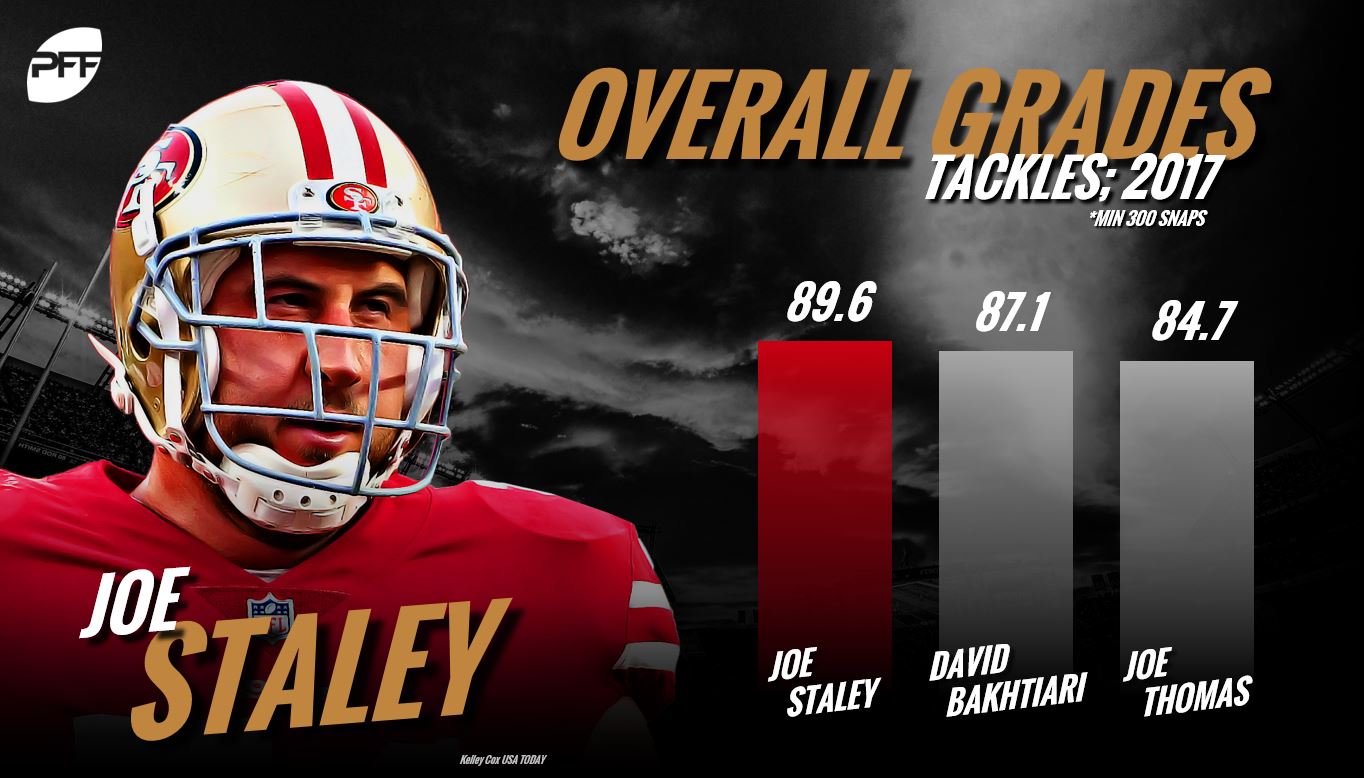 Staley was the highest-graded offensive tackle in the NFL last year, and when you consider that he earns $8.75 million per year, with none of that guaranteed, the value there for the 49ers is impressive. Staley allowed just 24 combined sacks, hits and hurries on 606 pass-blocking snaps in 2017, finishing fourth at the position in pass-blocking grade. He also ranked second at the position in terms of his run-blocking grade, and he was one of just two offensive tackles to post grades of at least 80.0 in both run and pass-blocking.

Sitton was our 10th highest-graded guard in the NFL last year, and he immediately upgrades the Dolphins offensive line after joining them this offseason. Excelling in pass protection, Sitton has produced a PFF pass-blocking grade of at least 80.0 in all of the past eight seasons, earning a 90.0 or higher in four of the past five.

Penn and the Raiders recently restructured his contract, and with that including a small pay cut, and so his value for the Raiders has actually improved. Penn ranked tied for 24th among offensive tackles with a 97.0 pass-blocking efficiency in 2017, allowing four sacks, two hits and 19 hurries on 486 pass-blocking snaps. Penn has been a model of consistency since arriving in the NFL, producing PFF grades of 73.0 or higher in all 11 seasons since 2007. He posted a career-high 90.0 PFF grade in 2016. 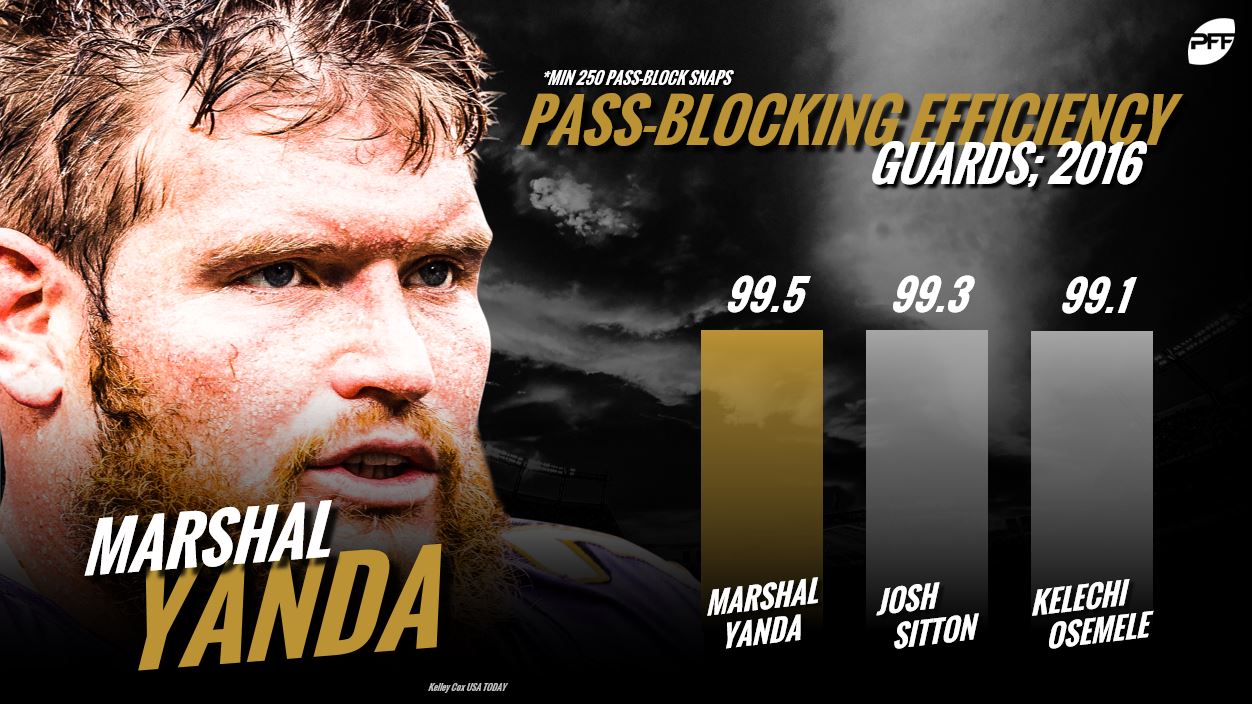 With the retirement of Joe Thomas, there is a strong case to be made that Yanda is now the most obvious Hall of Fame-caliber offensive lineman currently active in the NFL. Coming off a season ending injury, just $3.95 million of his salary is guaranteed, but it’s the value he brings to the field for the Ravens that is really important. Yanda has produced PFF grades of 80.0 or higher in every season, and that includes a rookie year in 2007 that he spent out of position at right tackle. In his last 1,400 pass-blocking snaps, Yanda has allowed just one sack.  Yes, one sack. In 2016, he  led all guards in pass-blocking efficiency.