Beyond providing data for all 32 NFL teams, PFF also supports network broadcasters with game-preview packets that are used to enhance the in-game experience for fans and viewers. This Lions-Cowboys preview features the same information our broadcast partners use for team research and in-game production.

Lions quarterback Matthew Stafford has struggled to connect with the deep ball this year. In three games, he has completed just four of his 14 attempts for 86 yards, one touchdown, and one interception. His 55.1 passer rating on throws of 20-plus yards downfield currently ranks 26th among qualifying players at the position. 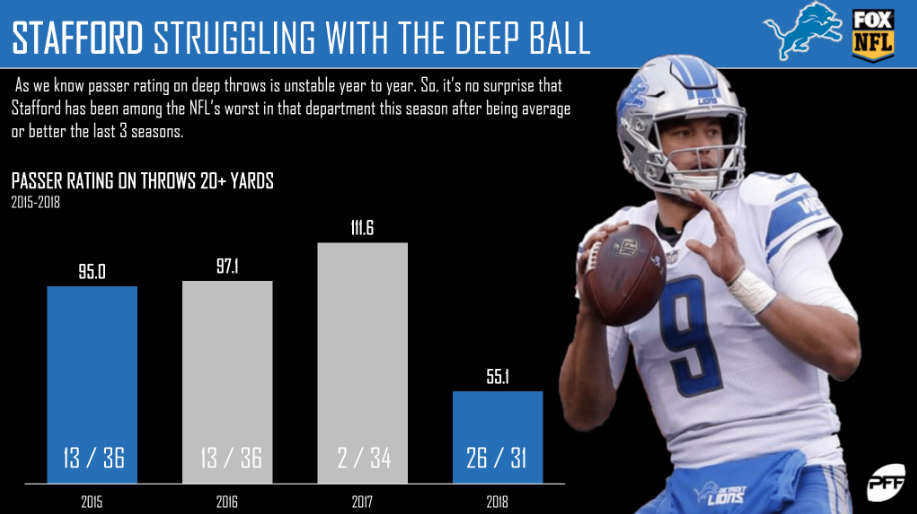 Second-year wide receiver Kenny Golladay has been a bright spot for an offense that has struggled at times this year. Through three weeks, Golladay has recorded 15 first down receptions, which is currently tied for the third-most among receivers. 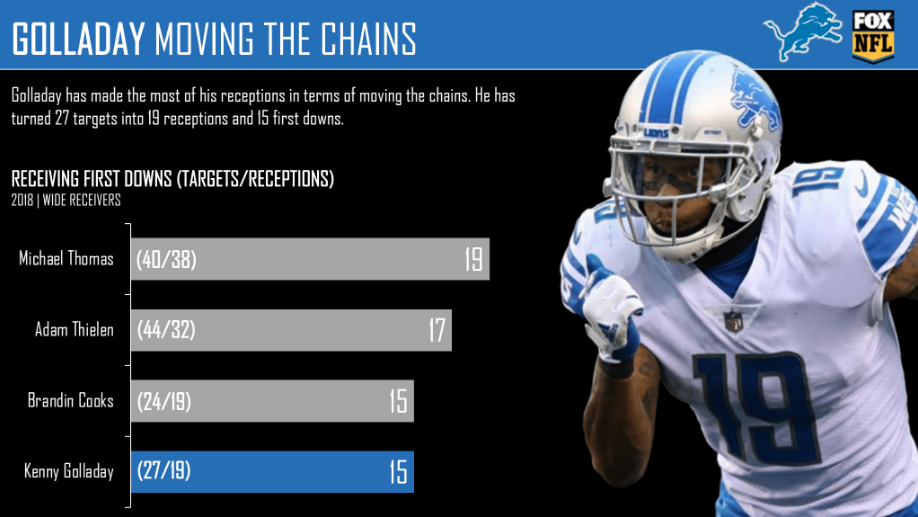 The Lions are really missing Ezekiel Ansah. Last year, Ansah racked up 37 quarterback pressures on his 297 pass-rushing snaps, and he ranked second among Lions defensive linemen in pass-rushing grade. 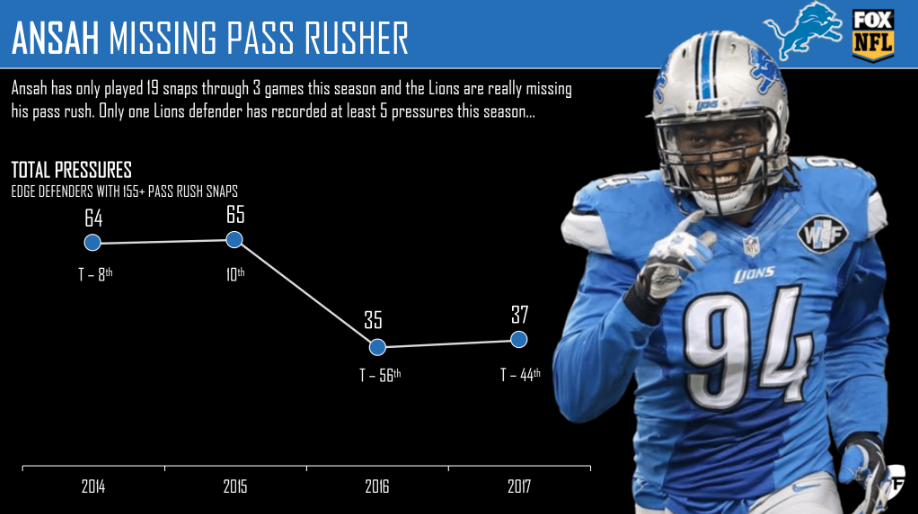 So far this season, rookie interior defensive lineman Da'Shawn Hand has racked up seven defensive stops on his 92 defensive snaps. He's going to have to be at his best if he wants to stifle running back Ezekiel Elliott. 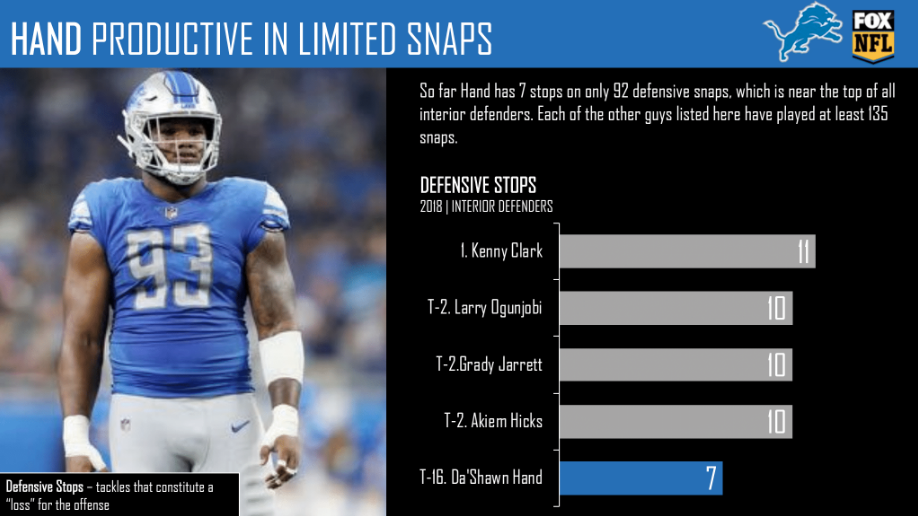 Prescott is trending the wrong way

Quarterback Dak Prescott burst onto the scene during his first year and ended his rookie campaign with an overall grade of 81.5, the eighth-best mark among quarterbacks. Unfortunately for Prescott and the Cowboys, his overall grade dipped dramatically in his second year and is on pace to take a further hit in 2018. 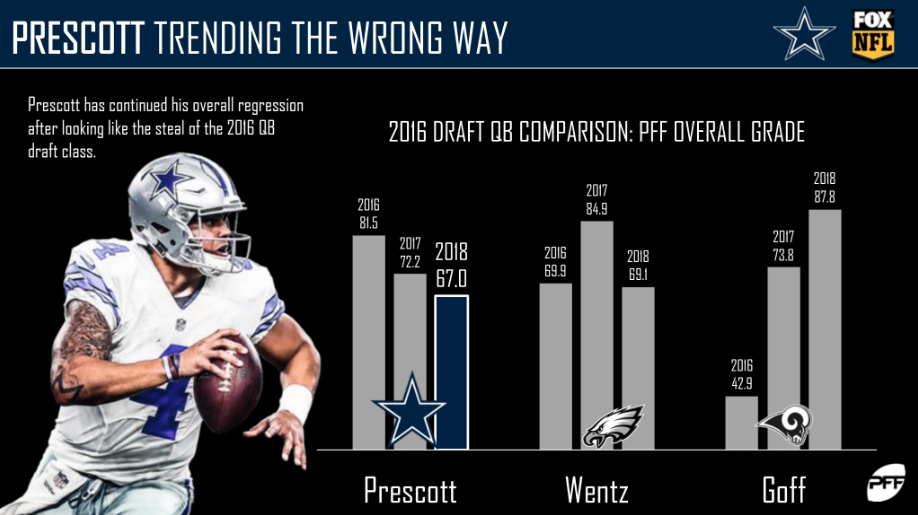 Cowboys running back Ezekiel Elliott is one of the toughest runners in the league. Since 2016, Elliott has accumulated 1780 yards after contact, which is the most among running backs in that span. The Lions defensive line will have to be at their very best if they want to stop him in his tracks. 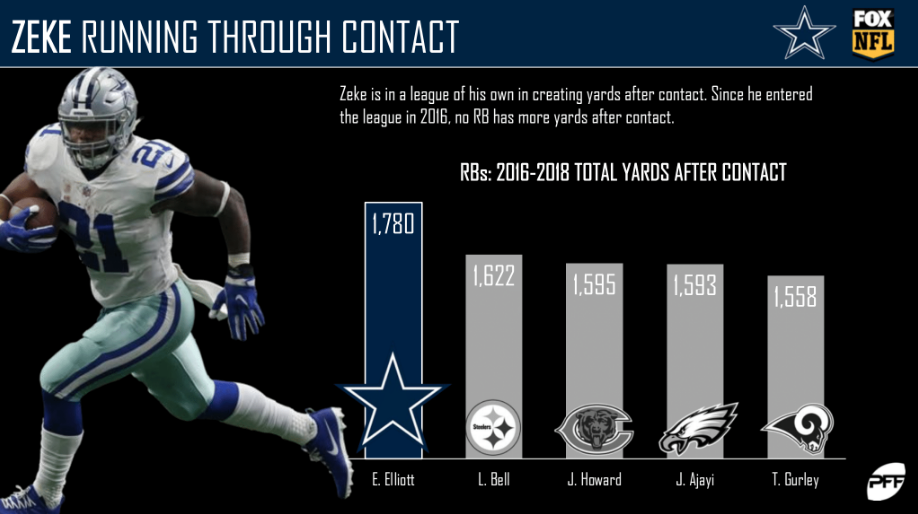 Lawrence still getting it done 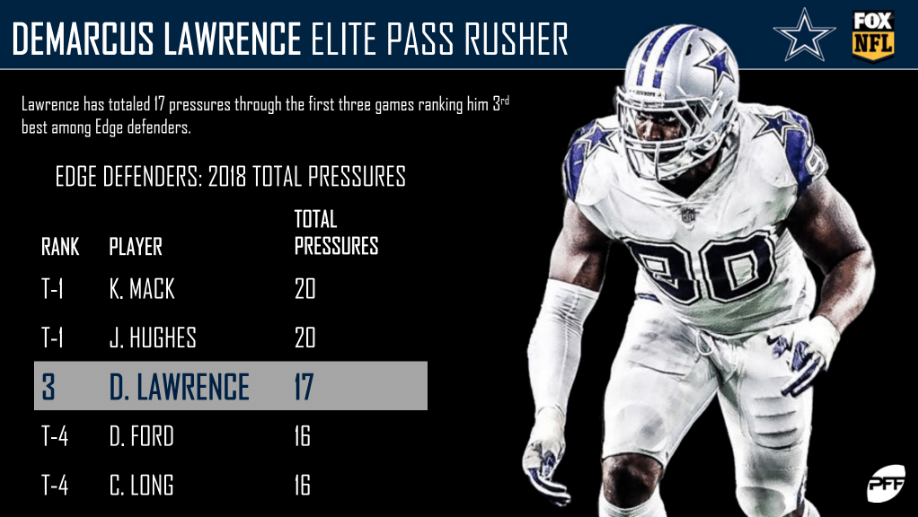 Sean Lee: the key to the defense

Veteran linebacker Sean Lee has been a key cog is the Dallas defense when he's been healthy but unfortunately for the Cowboys, he's struggled to stay on the field. The Lions will no doubt be relieved to see him on the sidelines on Sunday afternoon. 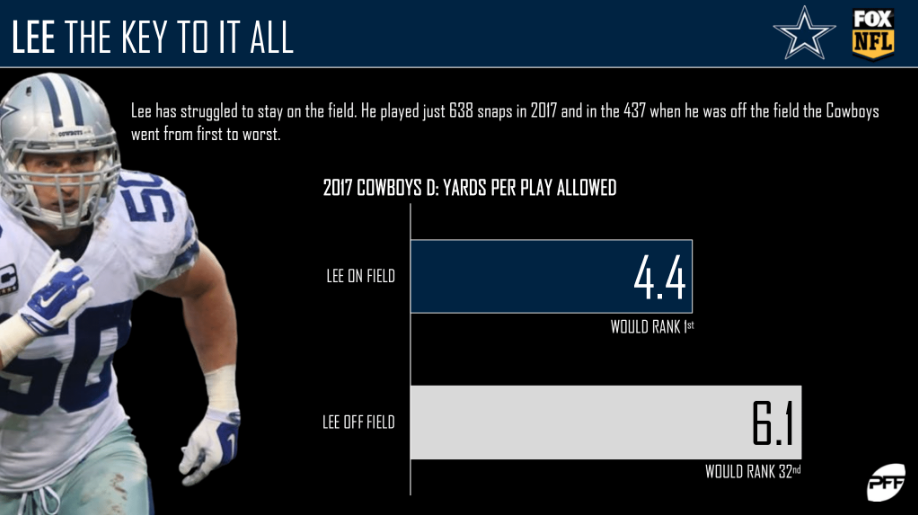 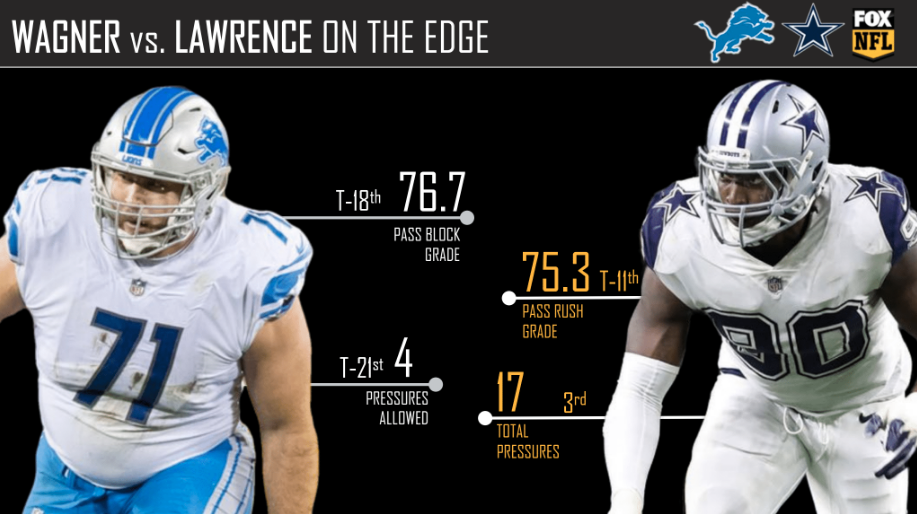 PFF Greenline has projections for the spread, moneyline and over/under of the Detroit Lions' matchup with the Dallas Cowboys. Get its picks here.