Paced by a 27-0 run after the Green Bay Packers put up the first points of the game, the Detroit Lions ran away with their Week 17 contest against their division-rival, 35-10 to end the season on a high note. Quarterback Matthew Stafford threw for 323 yards and three scores in the rout while the Packers played both backup quarterbacks Brett Hundley and Joe Callahan in the loss.

The Lions will miss the playoffs despite finishing the season 9-7, but saw a promising finish from their signal-caller and a cast of youngsters, mainly in rookie wide receiver Kenny Golladay. The former Northern Illinois standout hauled in 2-of-3 targeted passes for 80 yards and a touchdown in the Lions 2017 season finale, showing promise for years to come.

Stafford played a steady and clean game with big time throws down the field in the passing game. On throws traveling 20 plus yards down field, Stafford completed 4-of-5 for 207 yards and two touchdowns. The play action game was clicking, as Stafford went 5-of-6 for 99 yards after a play fake.

Tate hauled in all seven of his targets finishing the game with 104 yards and a touchdown. The majority of his work came on a 71-yard touchdown where he found himself behind the defense and forced a missed tackle along the sideline for the score. Tate saw 85 of his 104 yards come aftet the catch.

Big-play-Slay very much lived up to his name in this one, allowing just 29 yards in coverage on the day. Targeted five times by the Packers, he allowed those 29 yards on one reception, and came away with a pass breakup and an interception. All of that added up to an NFL passer rating allowed of 11.7 on throws into Slay's coverage.

There have been ups and downs during Hundley's time as the Packers starting quarterback, but he didn't end the season on a high note. He really struggled under pressure, and produced an NFL passer rating of 10.7 on such plays, compared with 92.0 on plays where he wasn't under pressure.

Cobb didn't see much of the ball, but when he did, he was productive, especially out of the backfield. Catching four of the five passes thrown his way for 50 yards including a touchdown, and he even added a two-point conversion on a reception.

While the majority of the Packers struggled on defense, Jones was not at fault for much of the mistakes in the passing game as well as on the ground. Jones was targeted just twice, recorded one pass breakup and did not give up a catch. He was active around the line of scrimmage defending the run finishing with three tackles and a solo stop.

Daniels and Clay Matthews were the only bright spots on the front seven in this one. Daniels was distuptive in the middle of the defense finishing with two tackles and three solo stops along with forcing the ball off the intended path of Lions running backs. While the Packers struggled to get pressure on the quarterback as a whole, Daniels rushed fairly well finishing with one sack and one QB hurry. 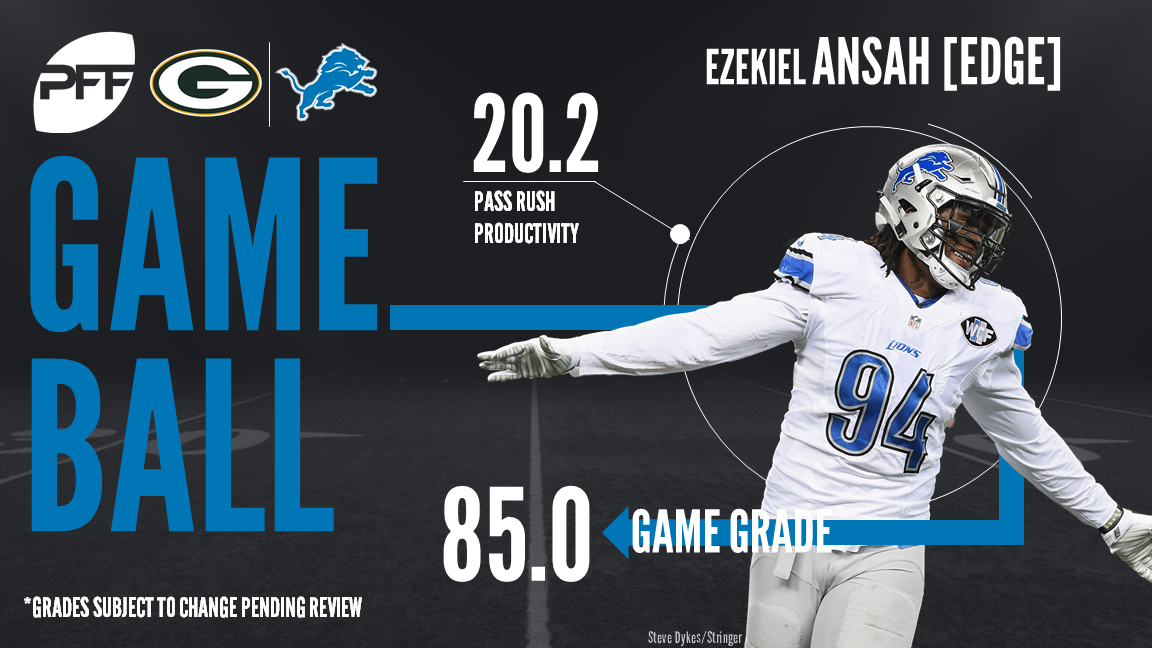