The Carolina Panthers defeated the New England Patriots on Friday night, 25-14, continuing the third full week of preseason action in the NFL. 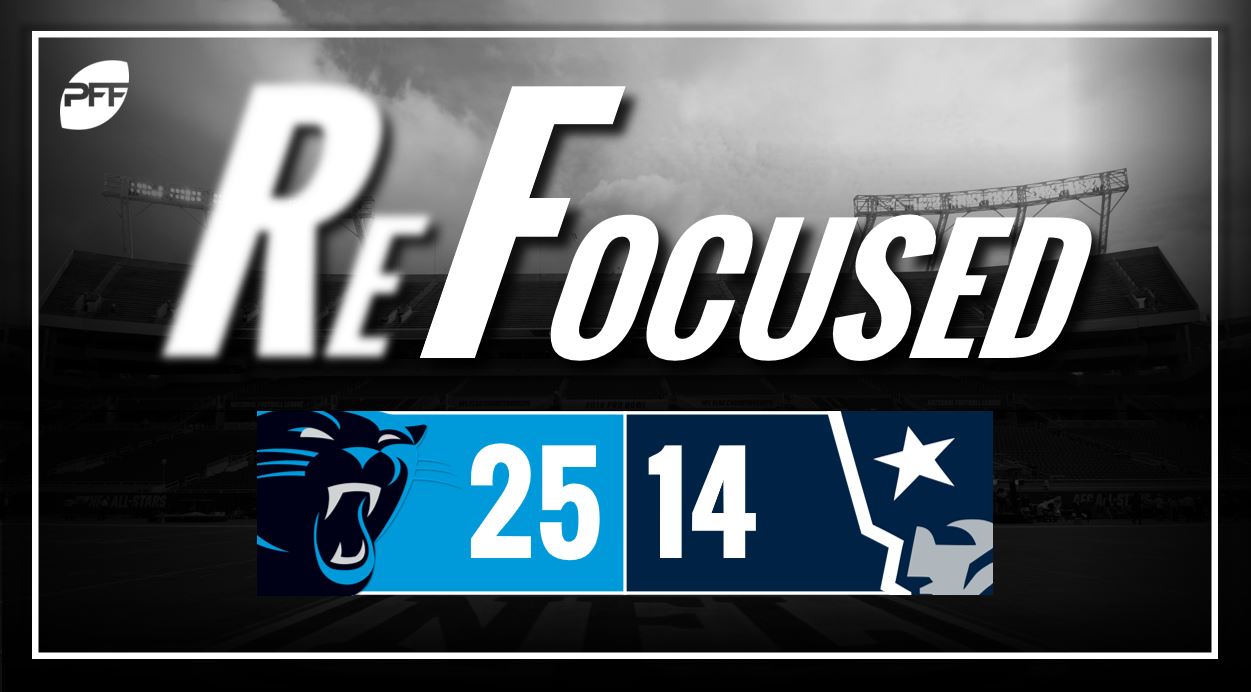 After running only five offensive plays in the first quarter, Tom Brady and the Patriots offense put together two 10-plus play drives in the second quarter, as they found success throwing underneath passes. Both lengthy drives ended without a touchdown, however, the passing game looked crisp outside of a couple of Julian Edelman drops that would have both resulted in a first down.

Recently signed wide receiver Eric Decker saw his night begin in the second half with quarterback Brian Hoyer at the helm. Decker had some opportunities, as he was wide open on a go route but Hoyer led him out-of-bounds, and when targeted on a seam route, a nice breakup by cornerback Corn Elder prevented what would have likely been a touchdown. Decker is no lock to make the team but the Patriots gave him a good look on Friday.

Two backup defenders impressed in the second half for the Patriots defense. Undrafted interior defensive lineman Frank Herron didn't get onto the field until late in the third quarter but made an impact when he did. The former LSU player made his presence felt against the run and pass, putting pressure on the quarterback and finishing the game with three tackles near the line of scrimmage.

Seventh-round draft pick Keion Crossen wasn't perfect in coverage, giving up a big play to wide receiver Curtis Samuel, but he was still able to make a positive impact overall. For the second week in a row, he was targeted often but managed to get his hands on two passes to break them up.

Panthers quarterback Cam Newton looked very good on the night, completing 11-of-17 passing attempts for 142 yards with no touchdowns and no interceptions. In two quarters of action, he completed passes to five different receivers, with the only drawback being that they were unable to finish any of the drives with touchdowns, settling for field goals. One of his best throws of the night came on a nicely timed back-shoulder pass to wide receiver Devin Funchess.

Carolina's defense was solid against the run, holding the Patriots to only 60 yards on 19 carries. They also forced Tom Brady to work the underneath game, limiting the Patriots' biggest offensive play through the air to 16 yards. Though the Panthers defense got worked over in the second quarter, they were able to get out of the half surrendering only three points.

Linebacker Luke Kuechly looked good in coverage, breaking up a pass on a key third down. However, the Panthers defense missed some assignments in coverage that resulted in wide open receivers, though the Patriots failed to capitalize.

New England: The inability to open up the passing game and get some big throws really limited the Patriots offense against the Panthers. Brady played well but didn't throw much down the field in what will most likely be his last preseason action. Quarterback Brian Hoyer had plenty of opportunities but couldn't connect on the deep shots.

Carolina: The Panthers first-team offense did a better job than the Patriots offense, and while they didn't put the ball in the end zone, three solid drives by Cam Newton and company gave them a 9-3 half-time lead. In the second half, they found even more success, putting another two touchdowns and a field goal on the board before a late Patriots rally brought them back within two scores.