Below is the 2018 season recap for the Philadelphia Eagles.

The defending Super Bowl champion Philadelphia Eagles appeared to be on their way to a lost season, but they snuck into the playoffs as a wild card team and upset the Chicago Bears before losing to the New Orleans Saints in the divisional round. 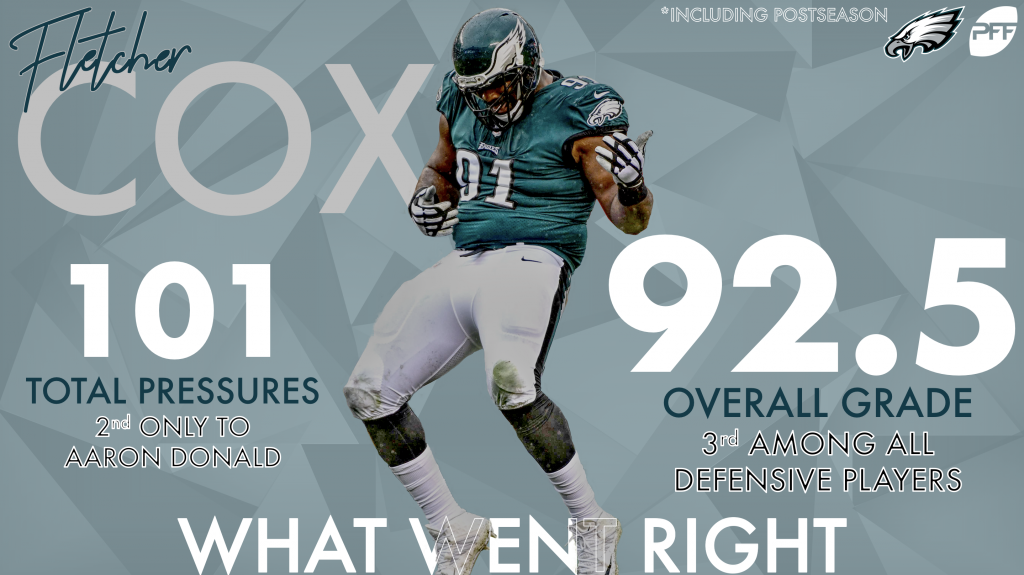 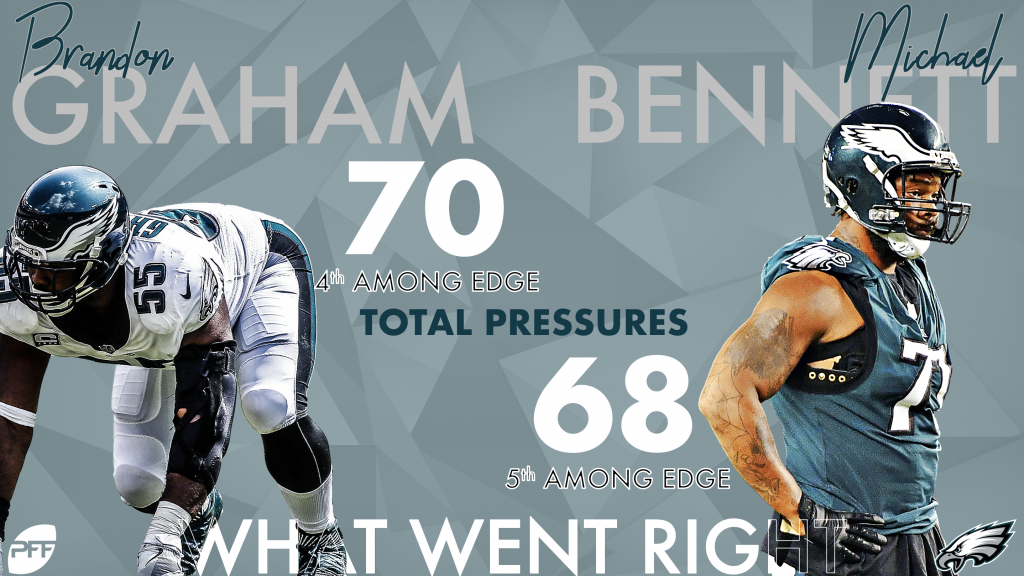 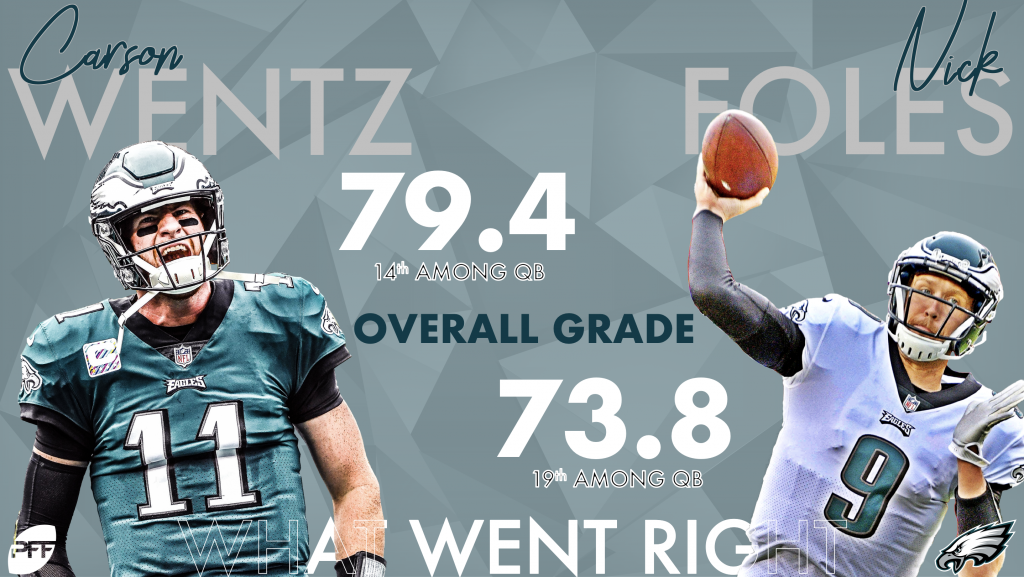 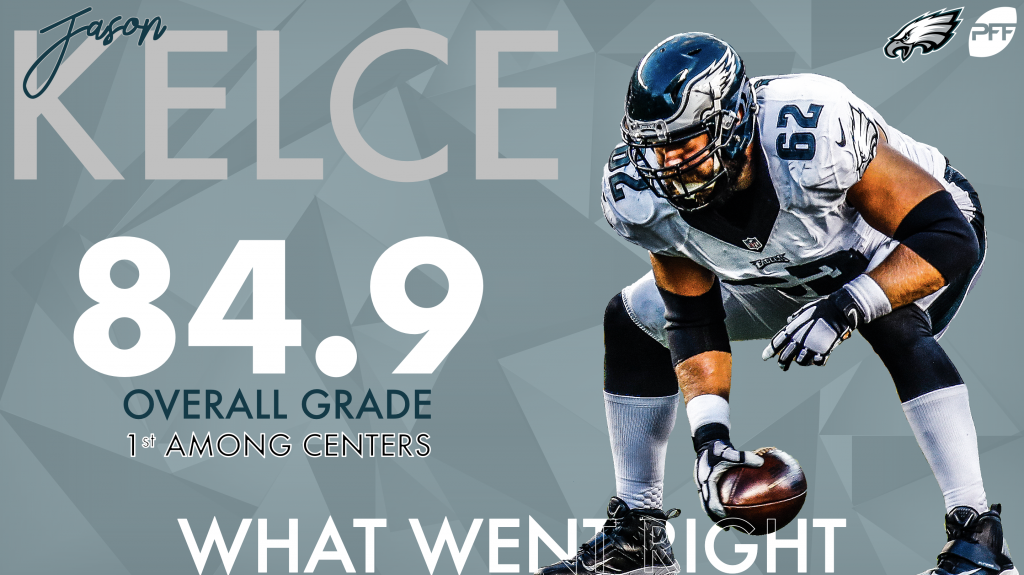 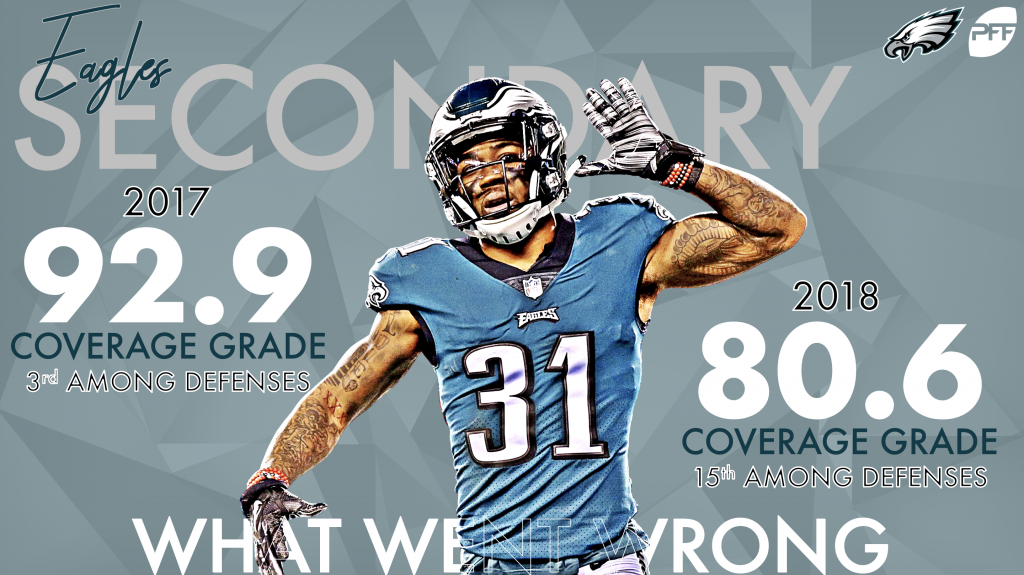 Kelce posted the top grade on the offensive side of the ball, leading all centers with an 82.9 run-blocking grade while ranking second with a pass-blocking grade of 87.7.

Cox had the highest grade on the defense, finishing second in the league with 95 total pressures during the regular season, 17 more than the top edge defender.

CB Cre'Von LeBlanc was an unsung hero in the two playoff games, grading at 83.1 against the Bears and 83.4 against the Saints while picking off a pass and breaking up two more. 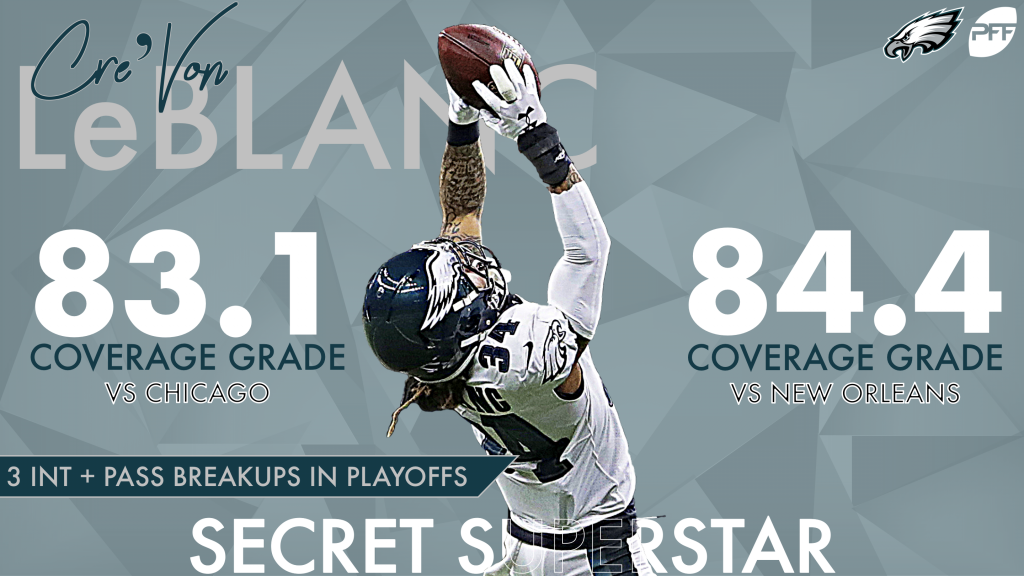 Rookie TE Dallas Goedert became a mismatch weapon on the Eagles offense, finishing with 35 catches for 354 yards and five touchdowns including the playoffs. 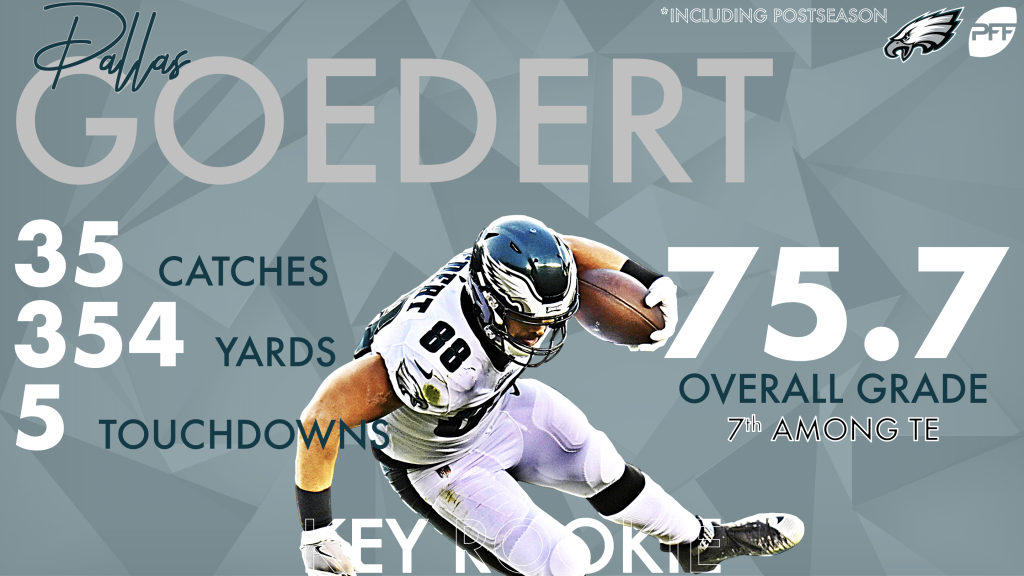 The Eagles battled injuries to the most important positions on the field, but still made a playoff push that ended in New Orleans. They’re positioned to be right in the thick of the NFC race once again in 2019.