Earlier this week, we took a look at every NFL team's 2019 NFL Draft needs as a general overview, and with that list in hand, Senior Analyst Mike Renner details out his best prospect fits for each team across the league.

Starting things off with the NFC East, we take a look at which prospects fit not only the need for each team but also fill in with their likely spot in the draft to be selected.

[Editor's note: This video and story were produced and written prior to the Eagles' trade for RB Jordan Howard. For more on Howard's potential impact in Philly, check out our feature here.] 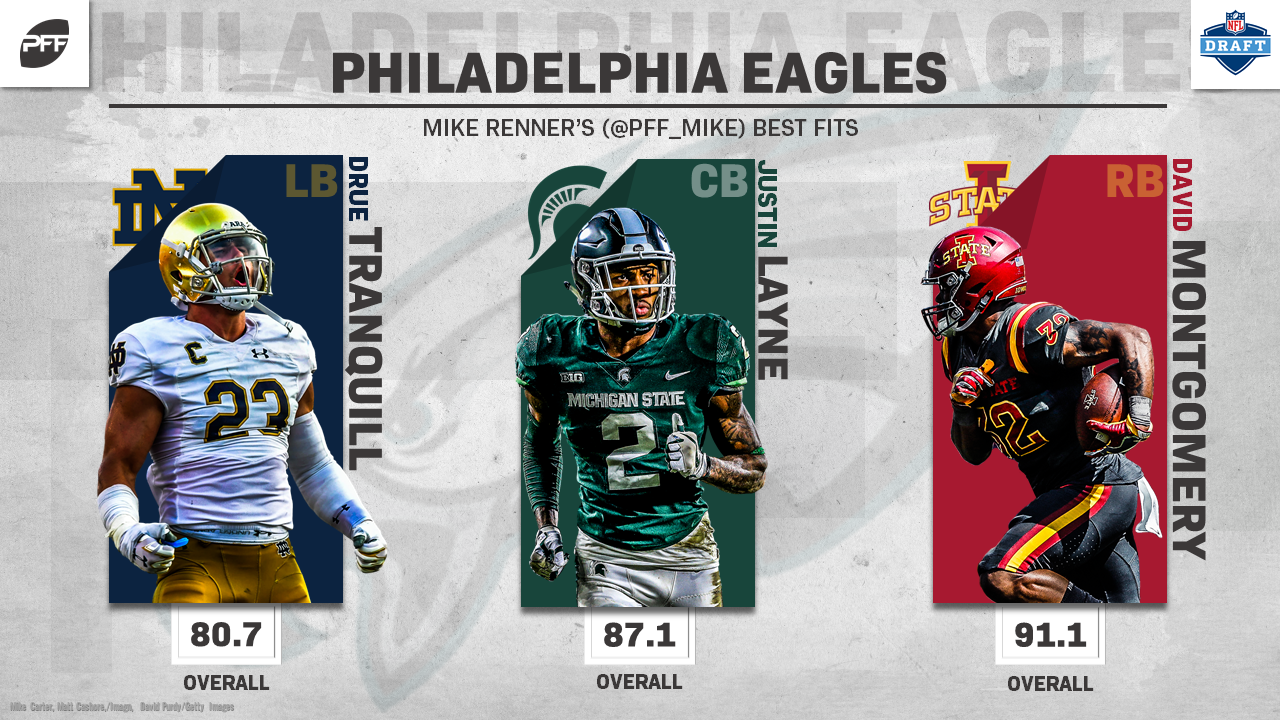 You need at least three cornerbacks to win in today's NFL, and Justin Layne represents a player who has versatility as well as a big frame to play in a few spots around the Eagles secondary if needed. Drue Tranquill has coverage ability as a converted safety and could fill the void left by Jordan Hicks' departure to Arizona. David Montgomery is a name to watch, even with the addition of bruising RB Jordan Howard as Montgomery is as elusive as they come, leading the draft class and the nation in total missed tackles forced in each of the last two seasons. 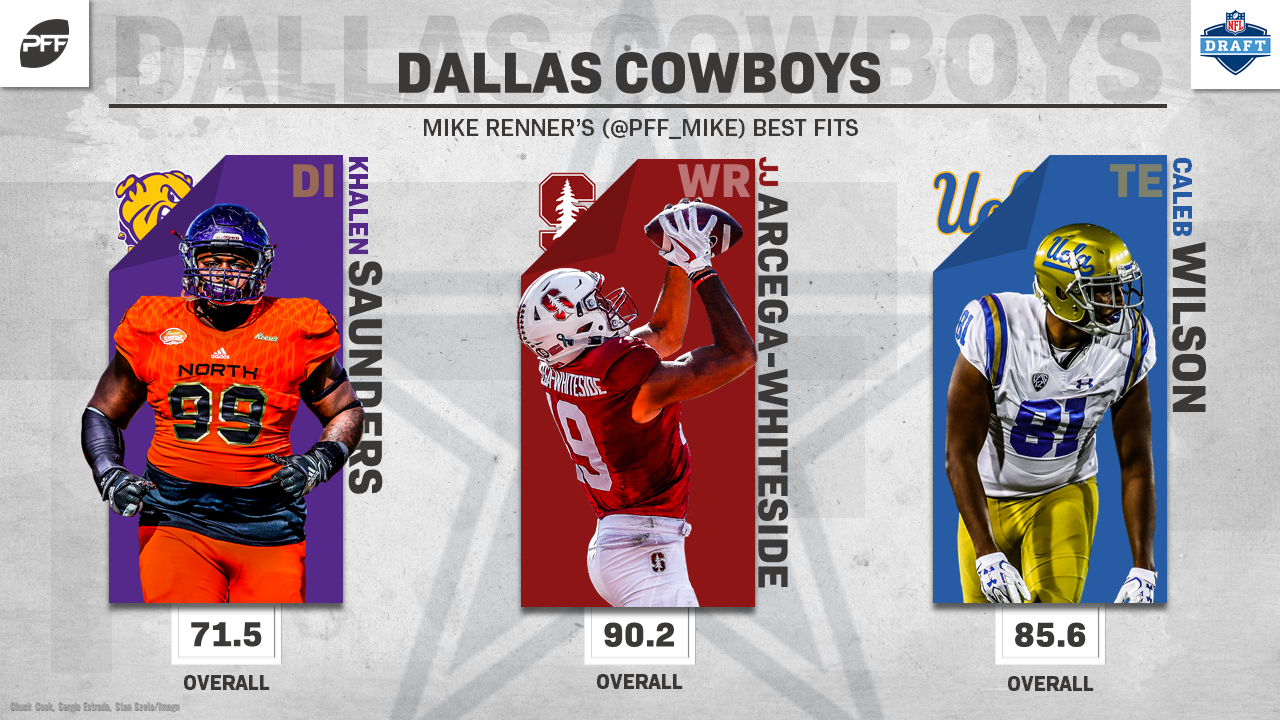 The Cowboys could use a 1-gapping nose tackle or even a 3-technique, they could use someone on the interior to pair with Demarcus Lawrence and the newly-acquired Robert Quinn. A move with someone like Khalen Saunders would step up the pass-rushing unit as a whole. Jason Witten does return but he looked to be at the end of his career even before he did retire, and Caleb Wilson is a guy who could stretch the field. JJ Arcega-Whiteside is another downfield threat who has shown the ability to make the contested catch at will, and could become a go-to red-zone threat for Dak Prescott. 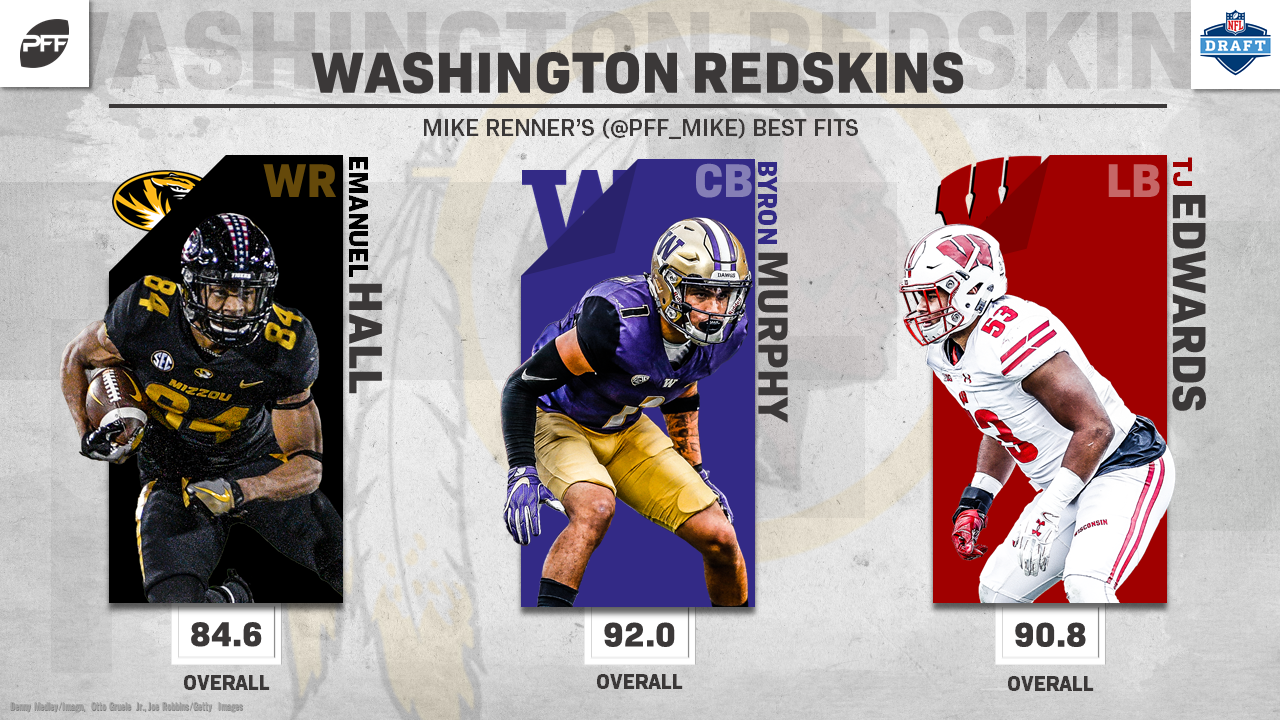 The Redskins have struggled to replace the strength of their receiving corps after the departures of Pierre Garcon and DeSean Jackson a few years back, Washington will be in the market for just about any role at receiver after Jamison Crowder left this offseason. Emanuel Hall is a deep threat who can also make the short-area receptions with ease for Case Keenum at quarterback. Linebacker is still a need with even the possibility of Landon Collins playing in a hybrid role as is the need for someone opposite Josh Norman, and Byron Murphy is a shutdown corner who could even replace Norman eventually as the team's No. 1 CB. 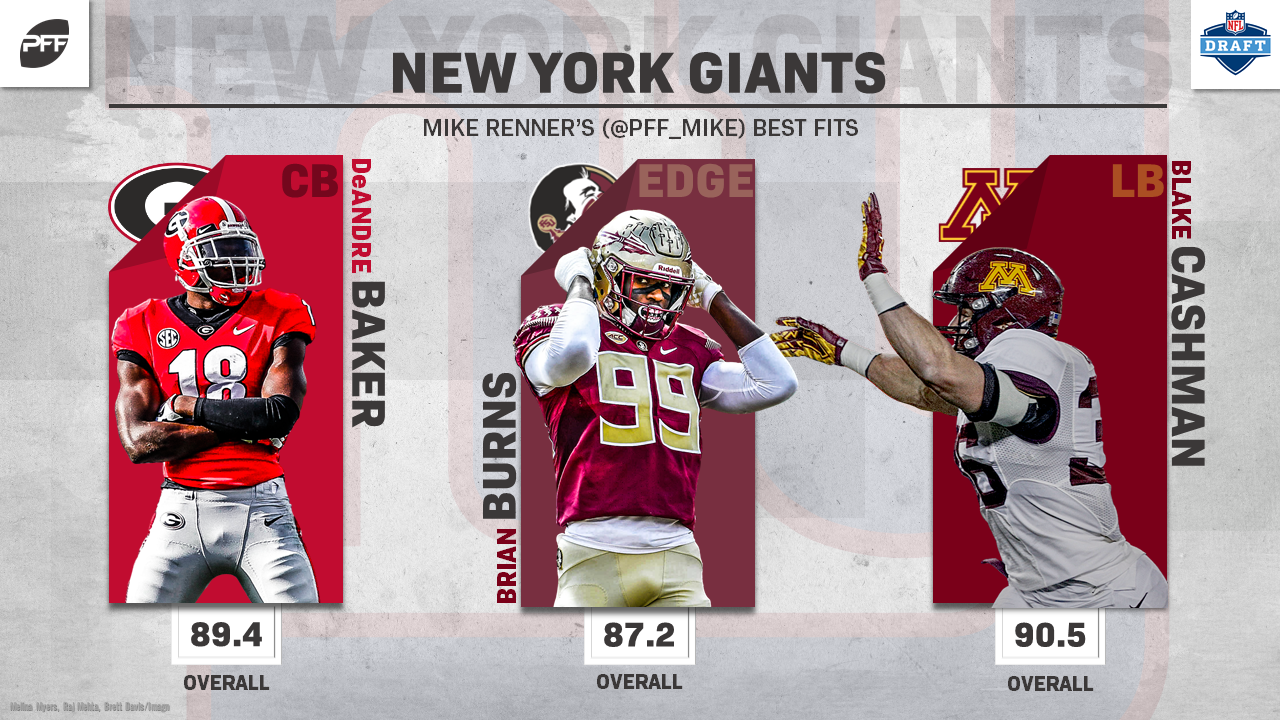 Not talking quarterback, the Giants are in desperate need of a cornerback just as they are in need of a linebacker, something they've needed for seemingly years to come. Deandre Baker is a top target that fills the void of a lockdown cornerback and Blake Cashman represents a possible three-down linebacker who can stop the run and rush the passer if necessary. The departure of Olivier Vernon represents a hole along the edge, and Brian Burns' led the NCAA's edge defenders in total QB pressures during the college regular season last year, putting it all together in his final season with the Seminoles.