Below is the 2018 season recap for the Arizona Cardinals.

A disappointing season landed the No. 1 overall pick for the Cardinals, and it’s rebuilding time as Steve Wilks was fired after his only year as head coach. 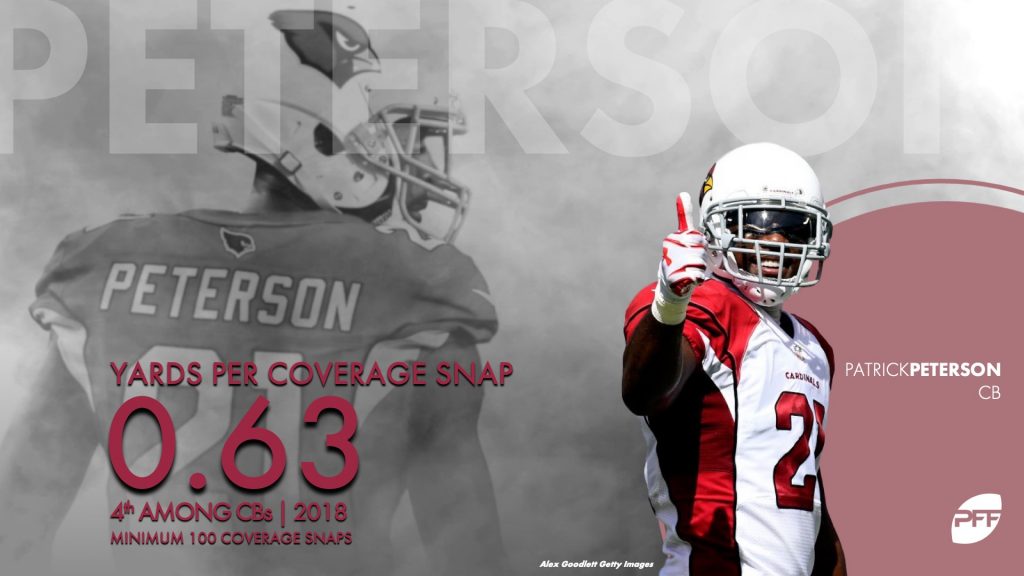 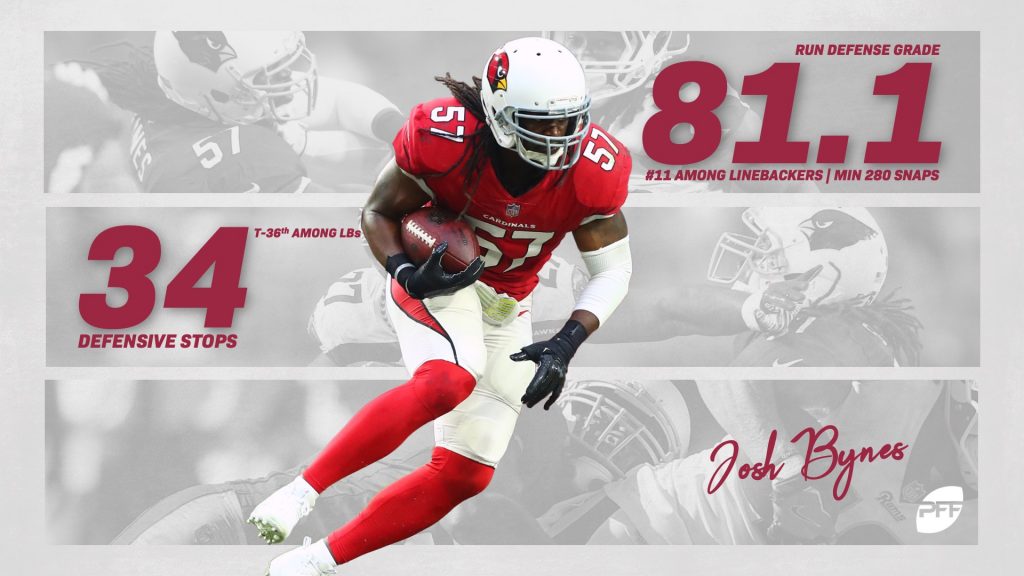 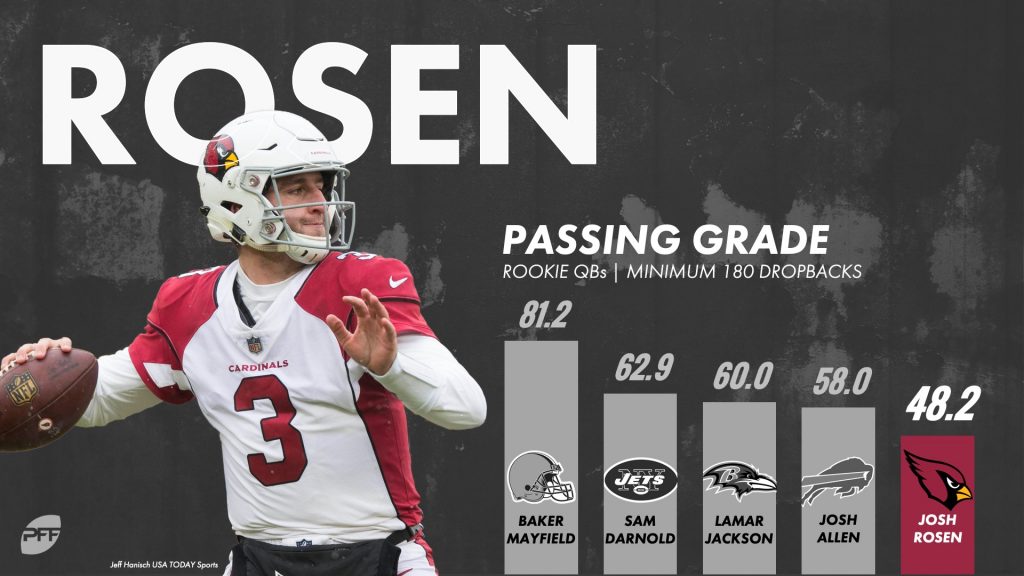 WR Larry Fitzgerald posted the highest grade on the offensive side of the ball, finishing at 73.2 overall. He caught 69 passes for 734 yards and six scores while showing off his usual great hands with only three drops on the year.

Patrick Peterson was the highest-graded player on the defense, as he took to the new zone-heavy scheme. His 83.7 coverage grade ranked seventh in the NFL, and he picked up two interceptions and four pass breakups on 52 targets.

Oday Aboushi didn't play his first snap until Week 10 but proved to be the Cardinals' best pass blocker. From Week 10 on, Aboushi finished 18th amongst all guards in the NFL in pass-block grade at 77.8. 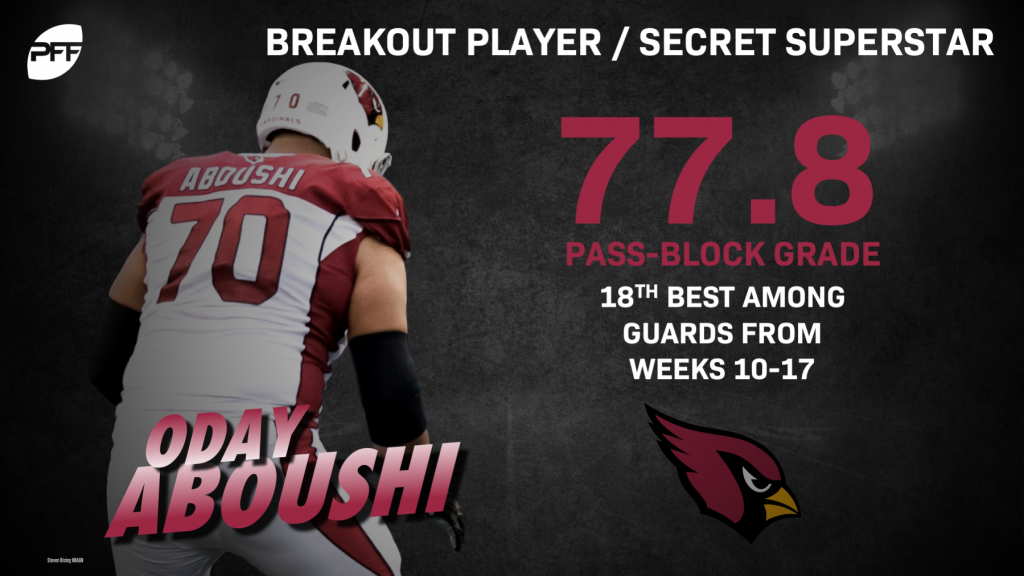 Christian Kirk played in 12 games as a rookie, posting an overall grade of 70.3. Kirk showed promise as a deep threat, finishing with 227 receiving yards and a catch rate of 60% on targets of 20-plus yards. 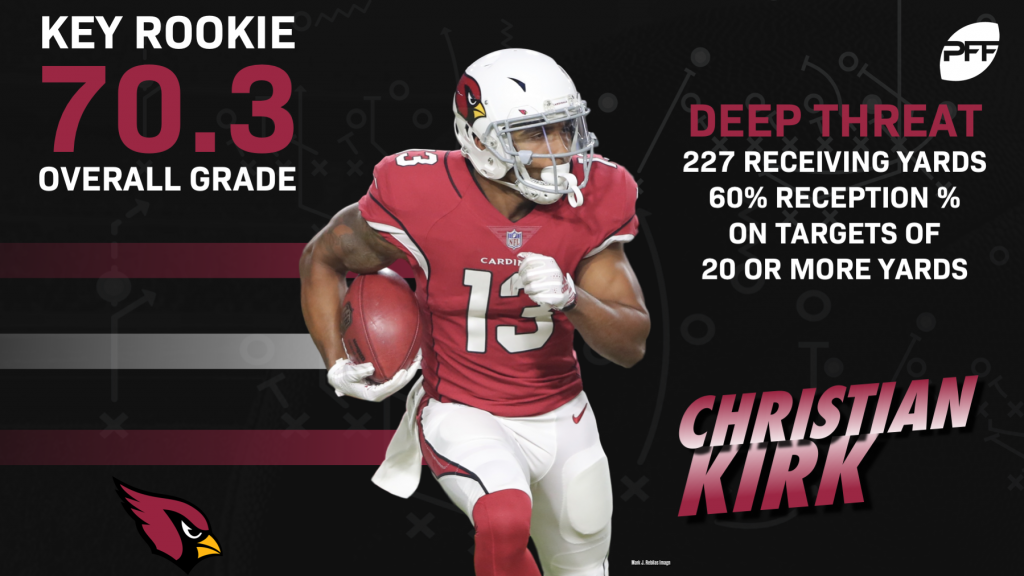 The Cardinals had a rough 2018 season, but they’ll rally around Kliff Kingsbury as they hit rebuilding mode.