In what may have been quarterback Tom Brady’s last hurrah with the New England Patriots, it was the Tennessee Titans playing old school football and an inept New England passing game that has the Titans moving on to play in the Divisional Round of the 2019 NFL playoffs. The Titans played the ball control game with running back Derrick Henry and his 182 yards (138 after contact) on 34 carries, but this came down to the Patriots’ inability to move the ball through the air against the Tennessee defense. The Titans made a crucial goal-line stop in the second quarter, highlighted by linebacker Rashaan Evans making two defensive stops, and that was the last of the New England scoring for the night. New England finished with a paltry -0.6 EPA/play on nine third-and-short plays. 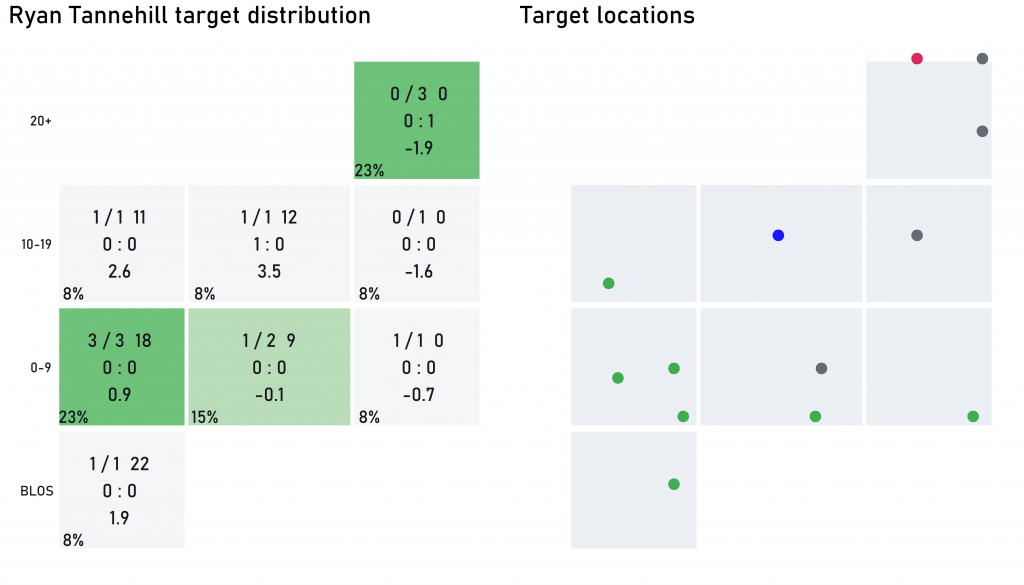 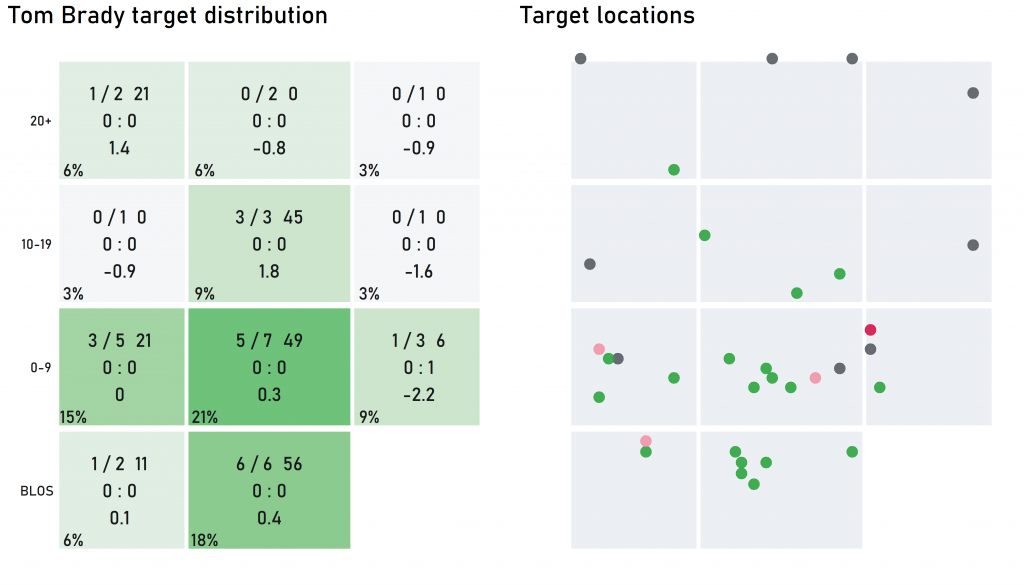 Patriots receivers caught just seven of 19 targets, including two dropped passes, in a microcosm of their offensive woes this season. While Henry certainly had a standout game, the Titans' offense only put up 14 points in New England, and that should have been enough for the Patriots to survive the Wild Card Round. Instead, Brady and the passing attack were unable to string drives together despite his facing pressure on just 13.5% of dropbacks, a season-low.

For Tennesee, quarterback Ryan Tannehill didn’t live up to his No. 1 PFF grade status coming into the game, as he had two turnover-worthy plays (errant interception and dropped fumble that took the Titans out of field goal range), but he came through with two key third-down conversions on a zone-read keeper and a deep out. Tannehill finished just 2-for-6 on throws of 10-plus yards, and rookie phenom A.J. Brown caught just one pass for four yards on his only target.

Tennessee relied on Henry early and often. The 6-foot-3, 238-pounder gashed the Patriots’ front-seven in the first half behind strong run blocking from the offensive line, as it was an all-around effort to produce the Titans’ 201 yards on 40 carries. The Titans’ defensive backfield got standout performances from cornerbacks Tramaine Brock (2-for-9 when targeted, two pass breakups) and the returning Adoree Jackson (1-for-4, one pass breakup). For New England, the defense gave Henry much more attention in the second half and it kept the Patriots in the game, but they were unable to make the big stops down the stretch and the entire front-seven sans Dont’a Hightower got dominated in the trenches.

The Titans look ahead to a trip to Baltimore against the No. 1 seeded Baltimore Ravens, where they'll need more than just a rushing attack to earn the upset against the best team in the AFC. In New England, it's the start of an offseason with the biggest question marks since head coach Bill Belichick's arrival in 2000, as Brady, offensive coordinator Josh McDaniels and others may be out the door in the coming months.