The Kansas City Chiefs escaped Arrowhead Stadium with a victory in a dual between two of the NFL's brightest young stars, Patrick Mahomes and Justin Herbert, besting the Los Angeles Chargers 27-24 to kick off Week 2 on Thursday night.

While the Chiefs offense receives most of the attention, the defense made the play that changed the course of the game, as cornerback Jaylen Watson intercepted Herbert and returned it 99 yards for the game-changing score. 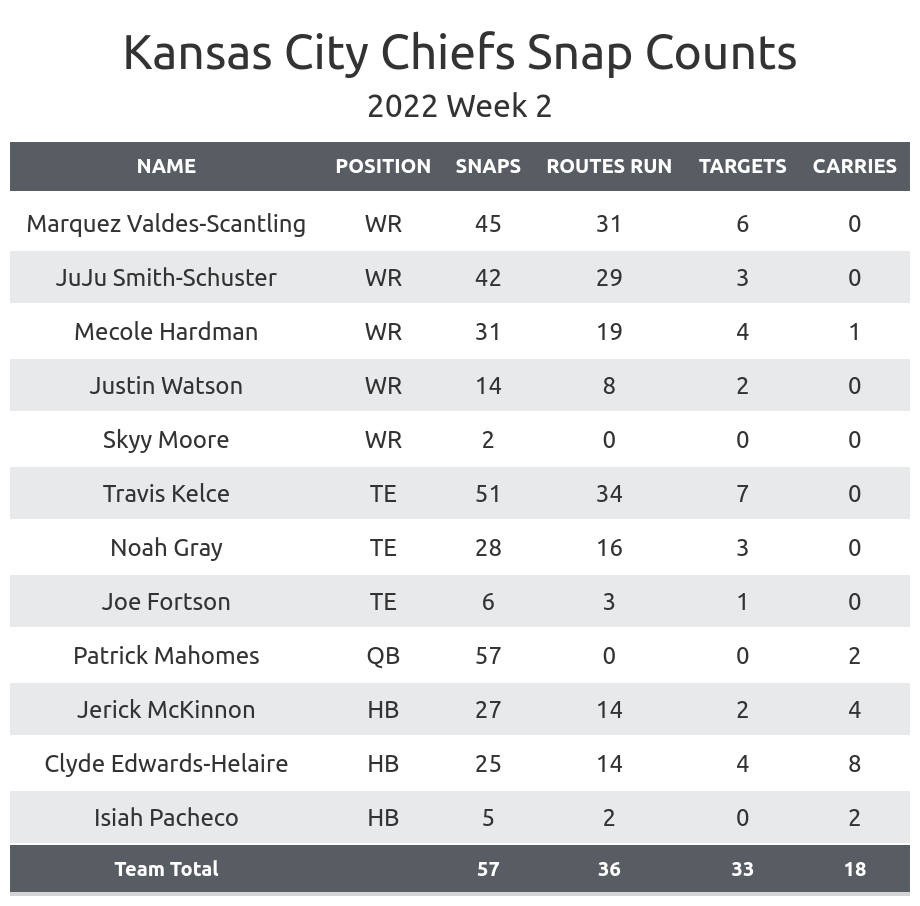 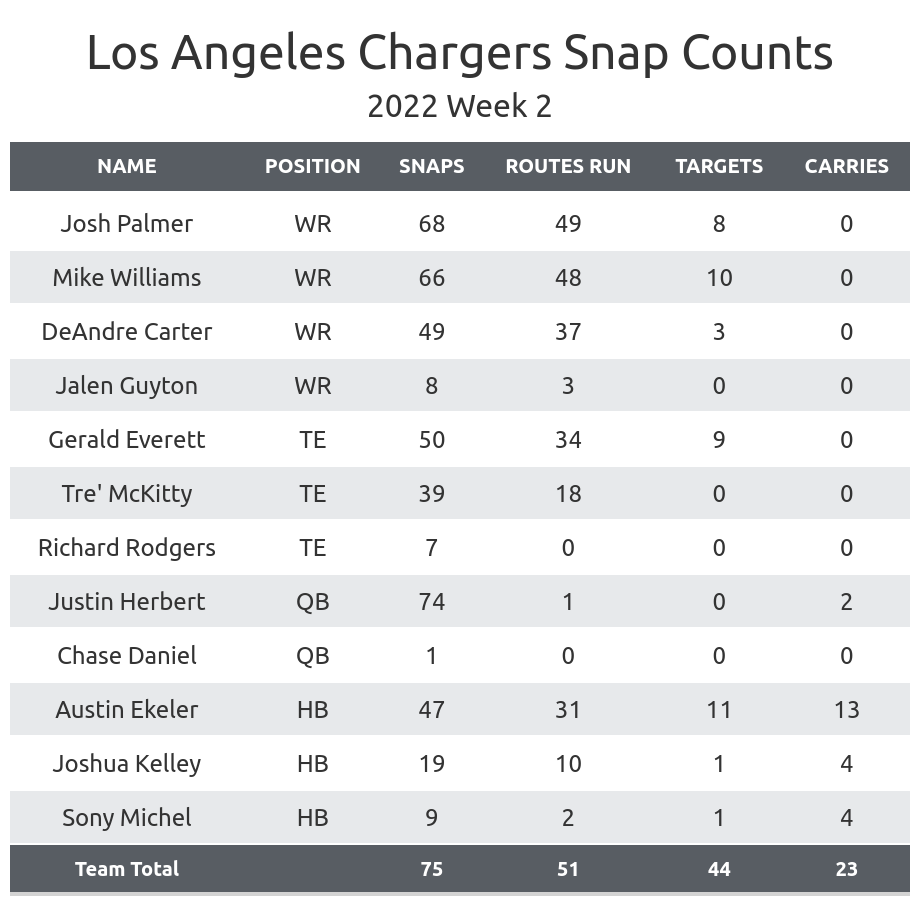 Offensive spotlight: Mahomes finished with a sparkling statline — 24-of-35 for 235 passing yards, two touchdowns and two big-time throws — but that ignores the three turnover-worthy plays that the Chargers defense failed to capitalize on. Still, Mahomes was able to make the big plays when it counted, showing off the dazzling traits that make him one of the NFL's best quarterbacks on his 41-yard touchdown pass to Justin Watson in the third quarter.

Herbert sustained an injury scare late in the game, as he missed a play due to what appeared to be a rib injury; however, he put together a noteworthy performance despite the loss, going 33-of-48 for 334 three touchdowns, an interception and two big-time throws.

Defensive spotlight: Chiefs defensive tackle Chris Jones was a one-man wrecking crew on Thursday night Ultimately, Jones finished with a game-high five total pressures and two sacks to go along with an impressive 22.6% pass-rush win rate en route to a 90.0-plus pass-rush grade on first review. Jones also added a stop against the run as well.

Rookie spotlight: Chiefs rookie LB Leo Chenal performed admirably in the second NFL game of his career, notching two tackles, a run stop and a quarterback hit on 22 snaps. The third-rounder posted 65.0-plus grades in the pass-rush, run-defense and coverage departments on first review.