It was the Patrick Mahomes show in Kansas City, as the Chiefs‘ offense was nearly unstoppable on their way to the Lamar Hunt Trophy. The Tennessee Titans jumped out to a 10-0 lead, a walk in the park for the Chiefs’ offense after they erased last week’s 24-0 deficit. The Titans did a fine job early on, mixing it up with creative play calling and getting the benefit of a Breshaud Breeland defensive pass interference on third-and-forever that ultimately led to a 15-play, 75-yard touchdown drive to go up 17-7. 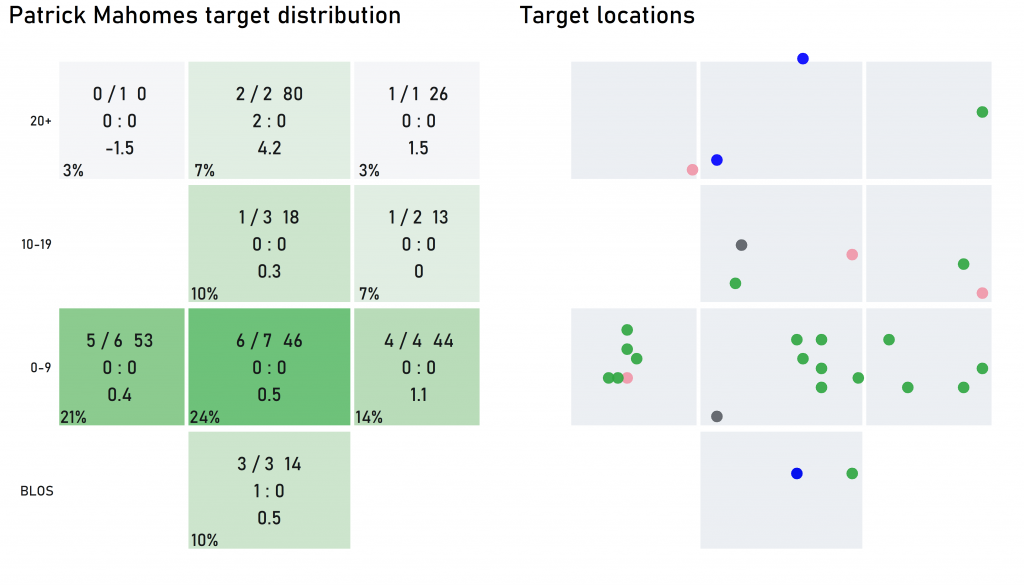 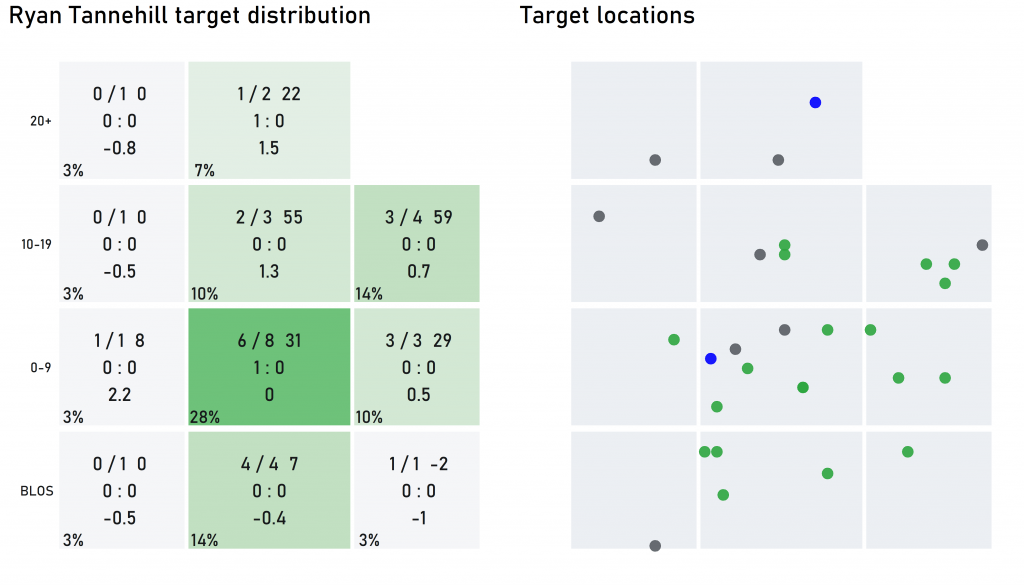 After that, Mahomes took over, throwing catchable passes on 27-of-30 targeted throws if you eliminate his five throwaways. The only thing that slowed the Chiefs was two third-down drops, but it was a classic game where the passing game led the way with contributions from multiple playmakers. WR Sammy Watkins was the star this week, catching seven passes for 114 yards and a score, while WR Tyreek Hill found the end zone twice in a game in which he was used all over the field in the jet sweep and short game.

For Mahomes, it caps an incredible two-game playoff stretch that may be the best of his young career. As if last year’s MVP performance was jaw-dropping enough by Mahomes, he’s added a scrambling element to his game this season that was on full display on an epic 27-yard scamper for a score at the end of the first half. Combine that with a 60-yard fourth-quarter touchdown to Watkins, and Mahomes showed that he’s dangerous attacking every level of the field.

Both teams were inefficient running the ball. The Chiefs dominated throwing the ball, averaging 0.33 EPA per play on first down pass plays (Titans 0.18) and 0.55 overall (Titans 0.25).

As for Tennessee, their defense went from allowing 25 points in the first two playoff games to 35 points today, as their secondary simply couldn’t keep up with Kansas City’s weapons. Even with a slick game plan of mixing up coverages and hitting the Chiefs with all of the “blueprints” from previous successful games against the Chiefs, Mahomes simply outdueled the chalkboard with brilliant playmaking and decision making.

If the Titans were going to compete, it had to be through the passing game, where QB Ryan Tannehill got off to a solid start, but he ultimately missed too many throws and held the ball too long on three sacks, the last of which sealed the game on 4th-and-6. Running back Derrick Henry had a long run of 13, as he was corralled by a feisty Kansas City defense that missed only four tackles on the afternoon. It was an incredible run by the Titans who went from 2-4 start to underdog playoff darlings, but the Chiefs were too much for them and they head to the Super Bowl, where Mahomes and company will look to earn Andy Reid his first championship as head coach.