Every NFL team still has at least 10 games left to play, yet two quarterbacks from the NFC West have already done enough to share the MVP Award between themselves in more than 50% of our simulations.

Kyler Murray’s trump card is his team record, while Matthew Stafford can point to his league-leading efficiency. On the other end of the spectrum, Patrick Mahomes has left the MVP conversation with a bang, and Lamar Jackson has also quietly taken a huge step back over the last two weeks.

Before we get to the Week 8 NFL MVP rankings, here's a short overview of the methodology:

Just like each week, we will go through the strength of defenses first by adjusting for each defense and which quarterbacks consequently played the most difficult schedule and receive the highest positive adjustments. Since it’s still early in the season, the defense adjustments are based on both opponent-adjusted performance this season as well as a prior from the offseason. With each passing week, the prior will play a smaller role and will be fully disregarded after eight weeks of play. 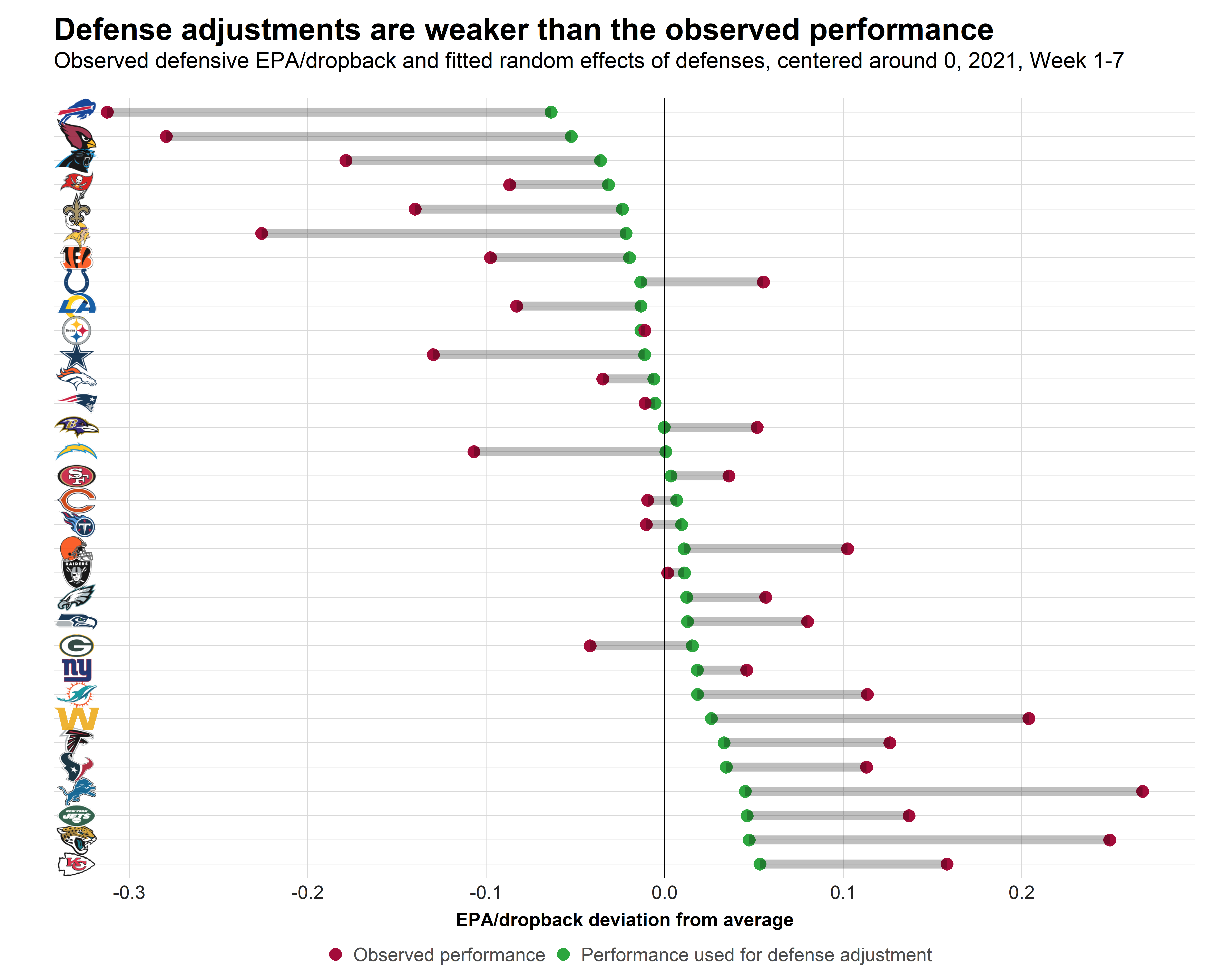 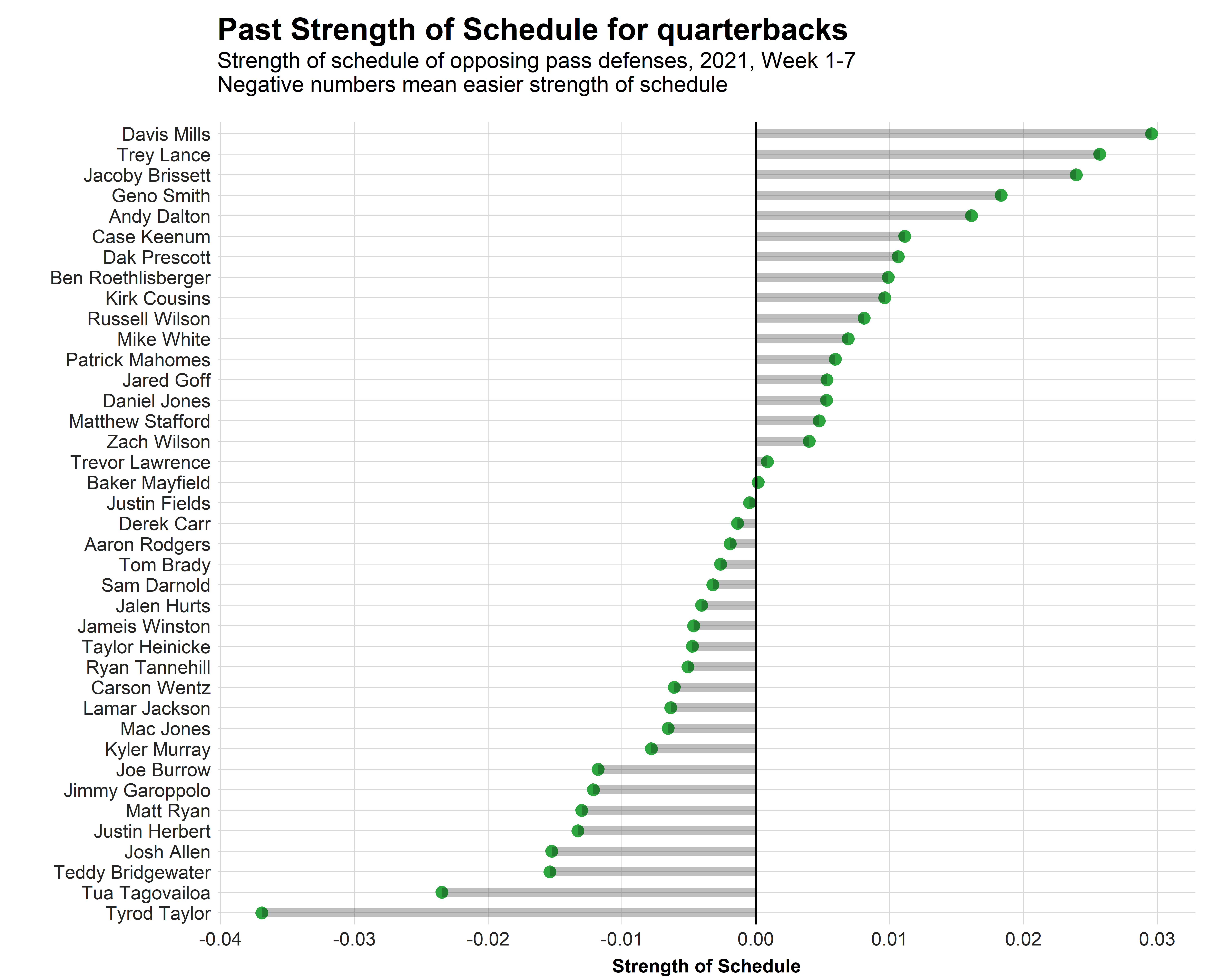 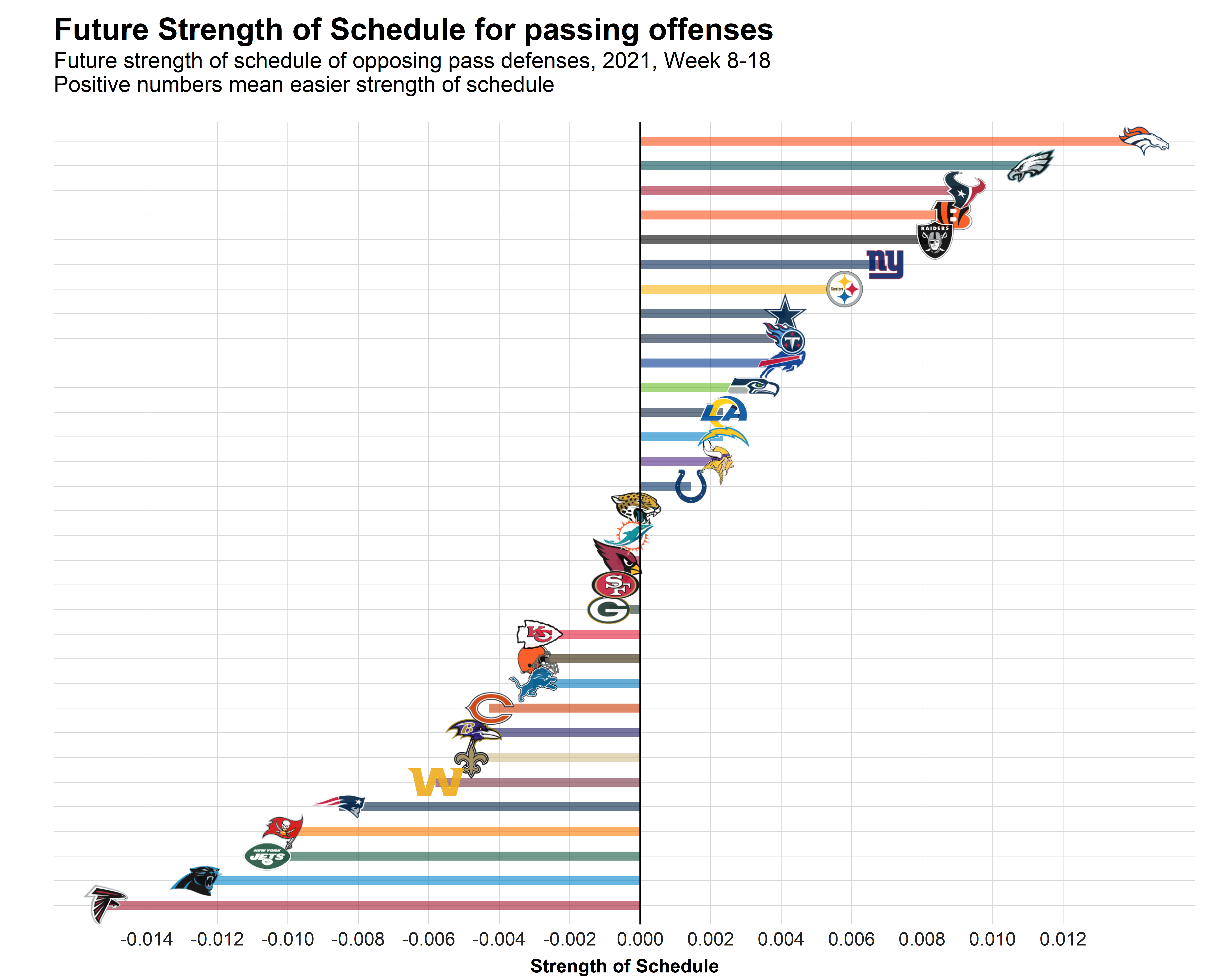