After grading and analyzing every player on every play of every game during the 2018 college football season, it’s time we unveil the 2019 Preseason PFF All-AAC first team, second team and honorable mention for every position on offense and defense as well as for the first time ever, specialists.

The Preseason All-AAC list may differ a bit from any year-end look back at the previous season as we project to the 2019 season ahead of us. Find out which of these athletes made the PFF All-American team as well. 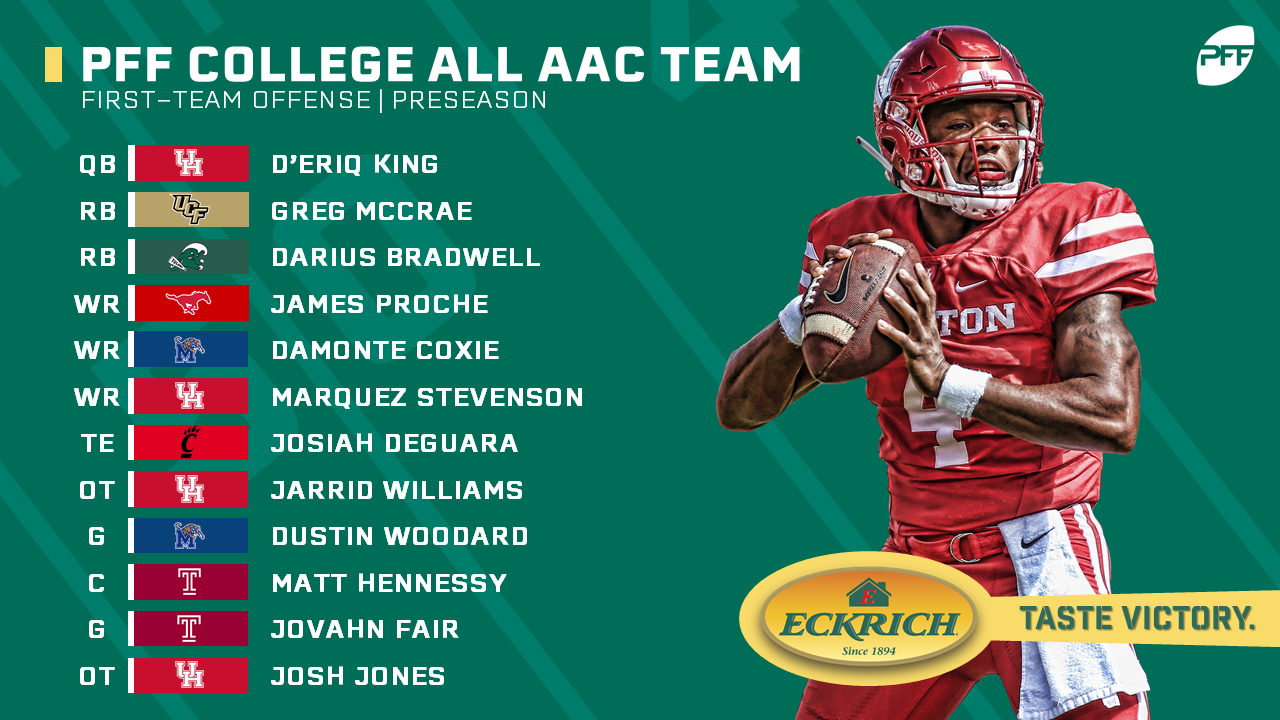 Quarterback play is the name of the game in the AAC this season as D'Eriq King, Anthony Russo and Desmond Ridder receive all the chatter, rightfully so. King is one of the most electric players in all of college football while a duo of central Floridians highlight the defensive team in UCF's Richie Grant and USF's Mike Hampton. 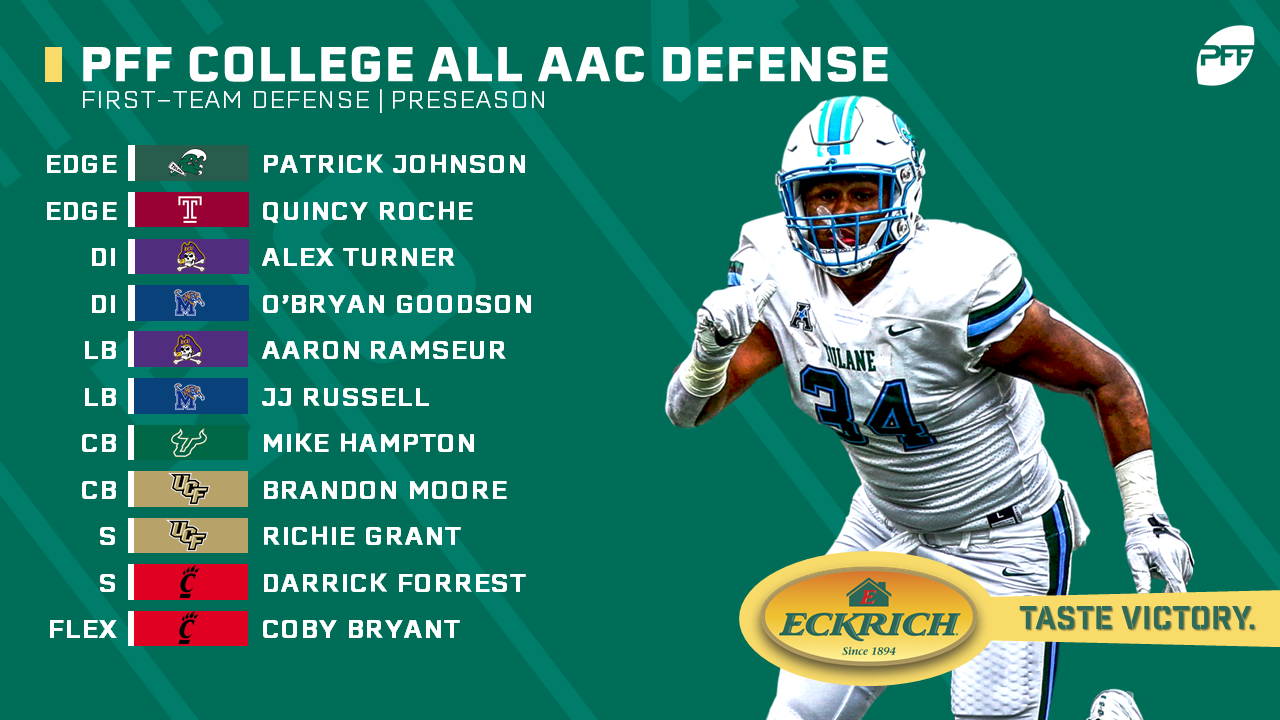