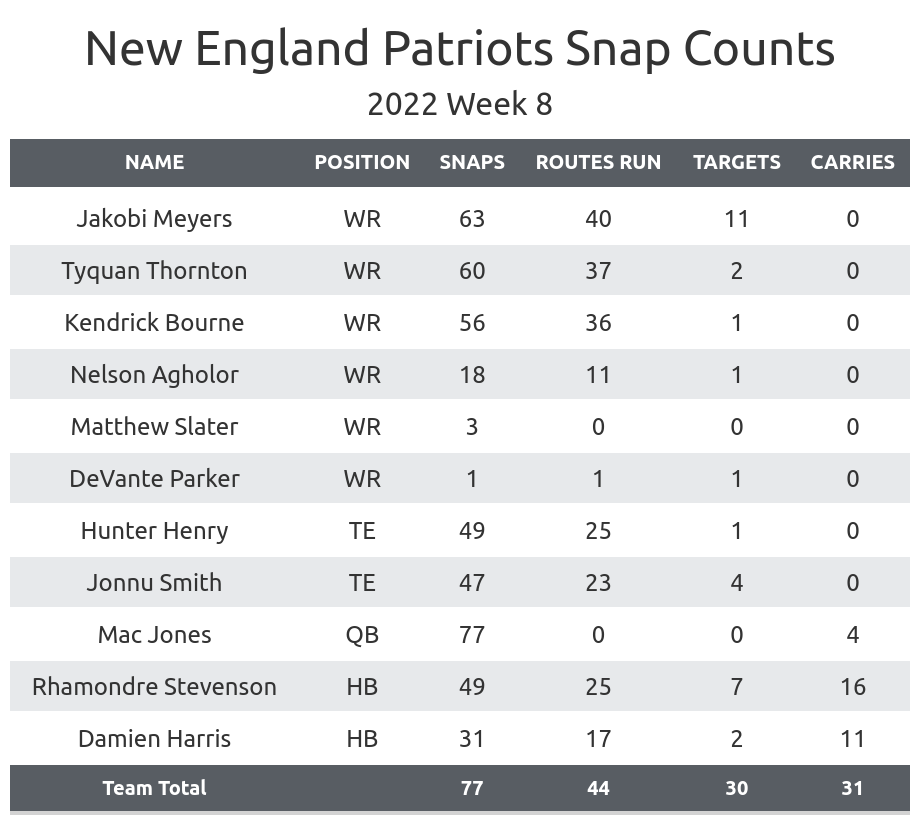 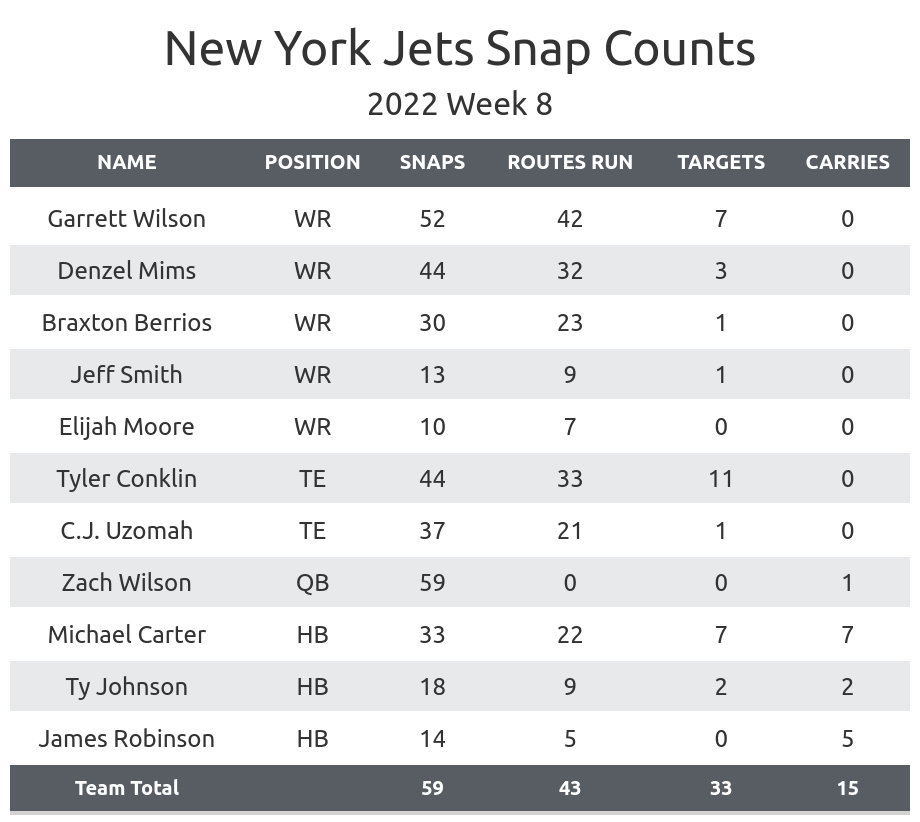 Monitor the DeVante Parker injury: Parker suffered a knee injury on the first play of the game and did not return. 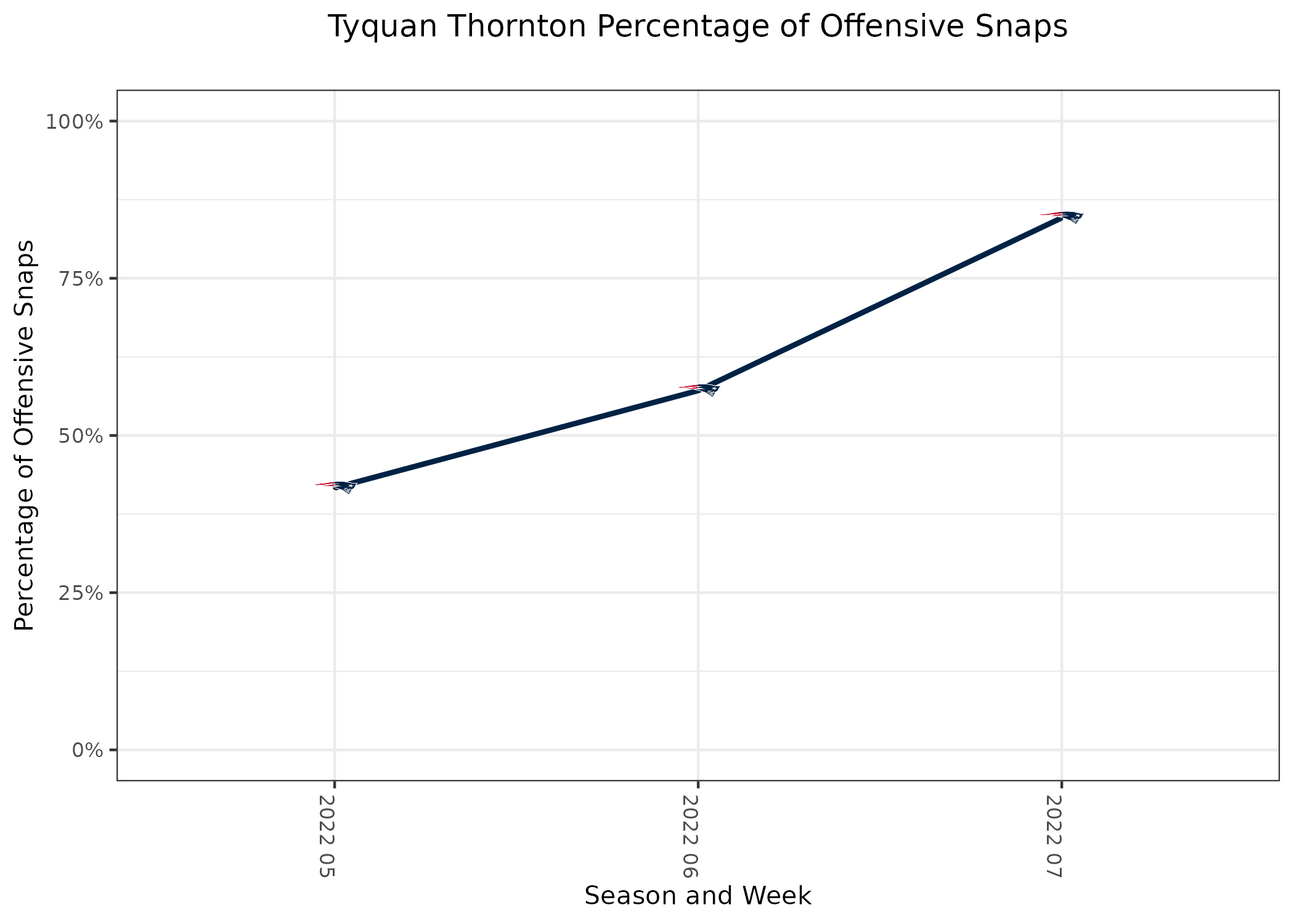 Damien Harris starts for New England: Harris was off the injury report and back into New England’s starting lineup. 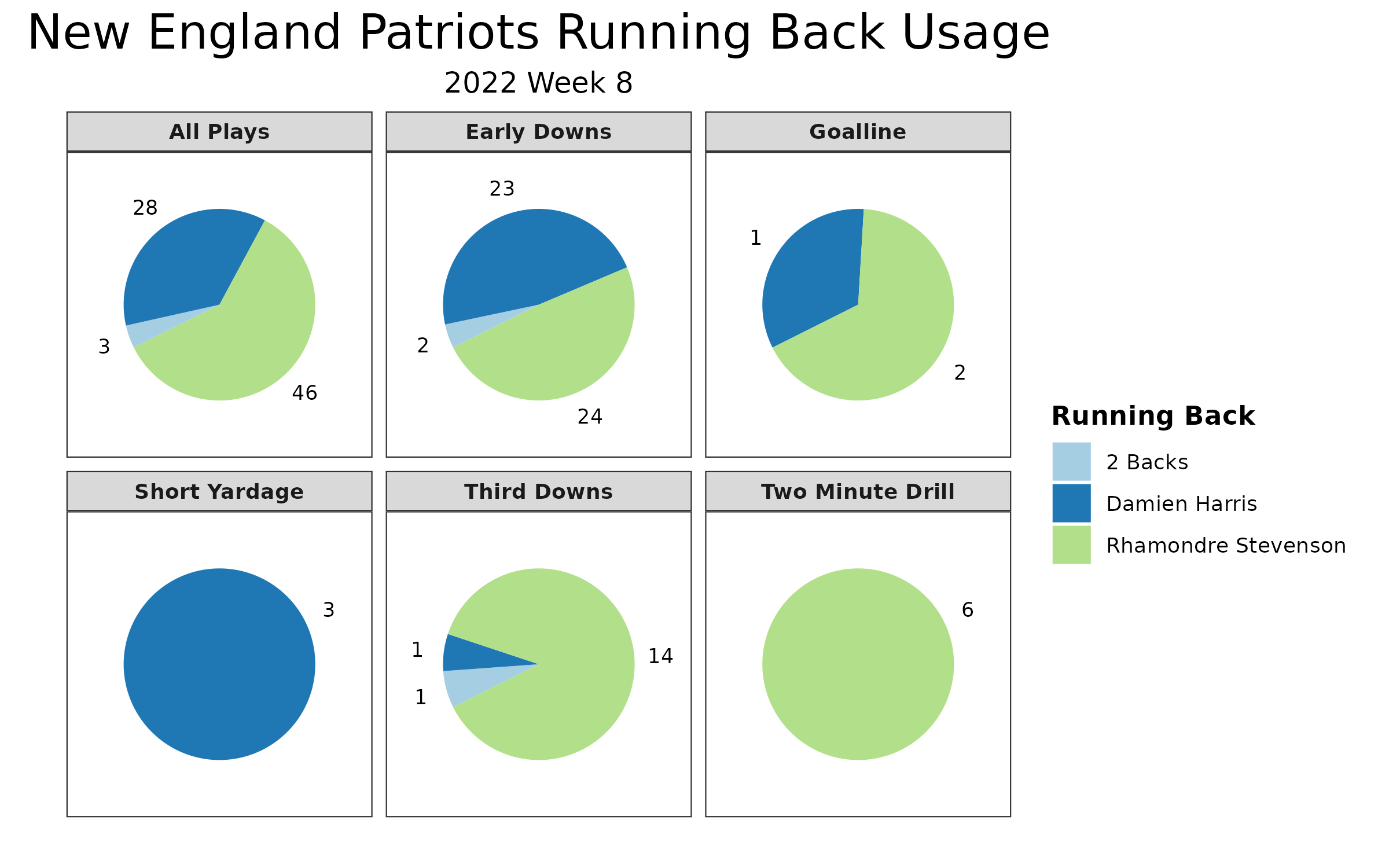 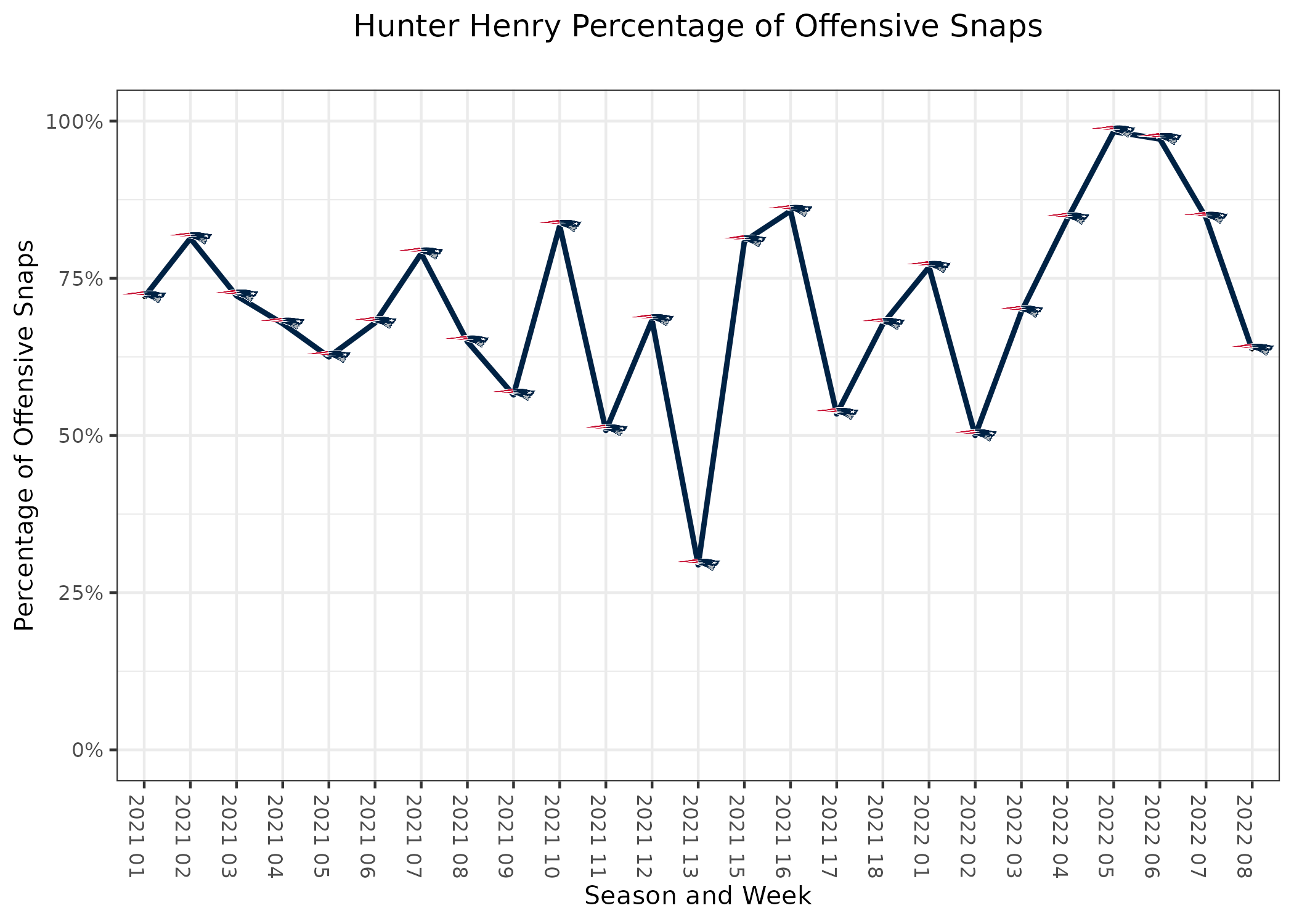 James Robinson’s Jets debut: The former Jaguars running back made his debut with New York, with the team easing him into action. 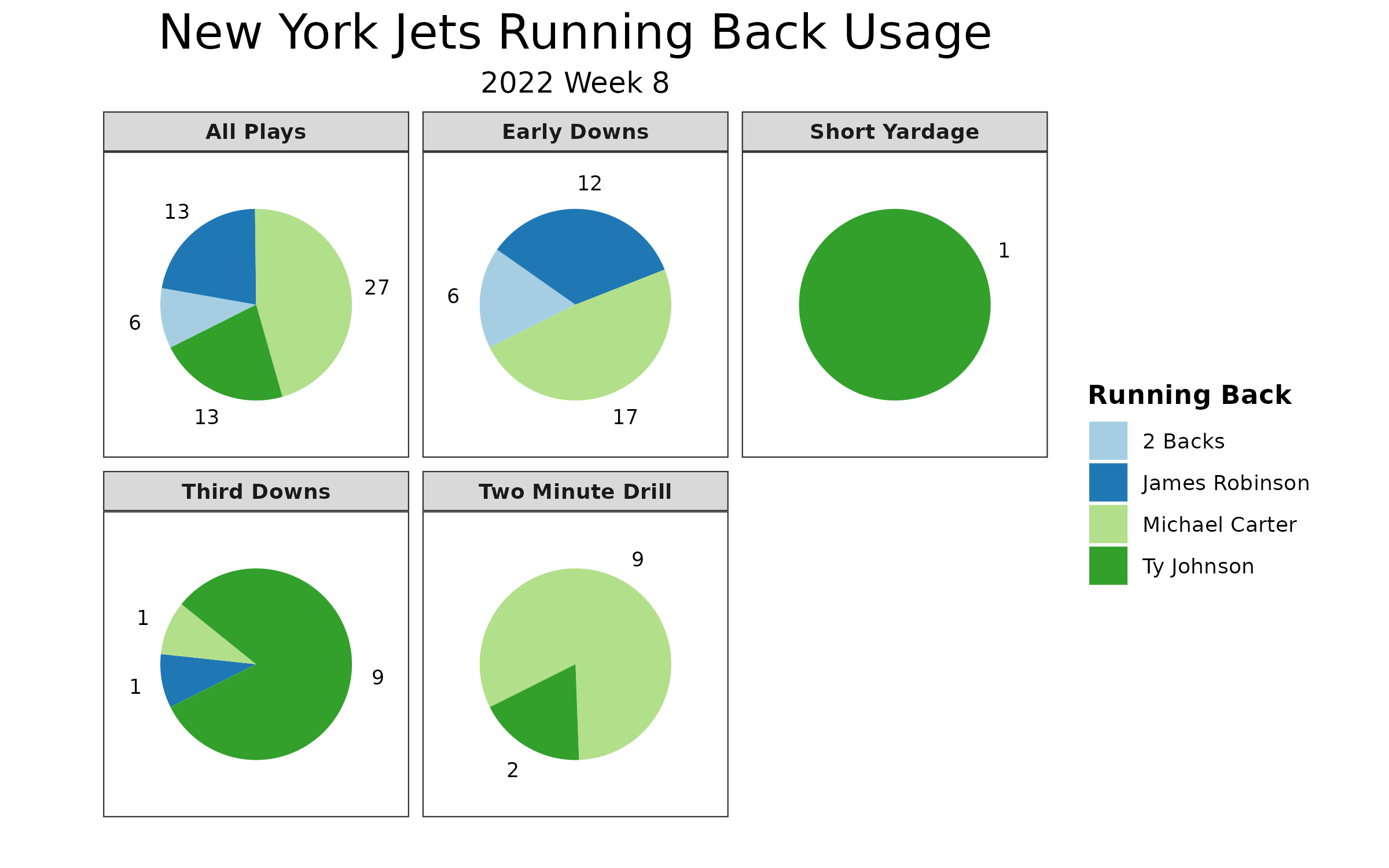 Elijah Moore benched: Moore was the fifth wide receiver on the Jets’ depth chart after missing a week following his trade request. 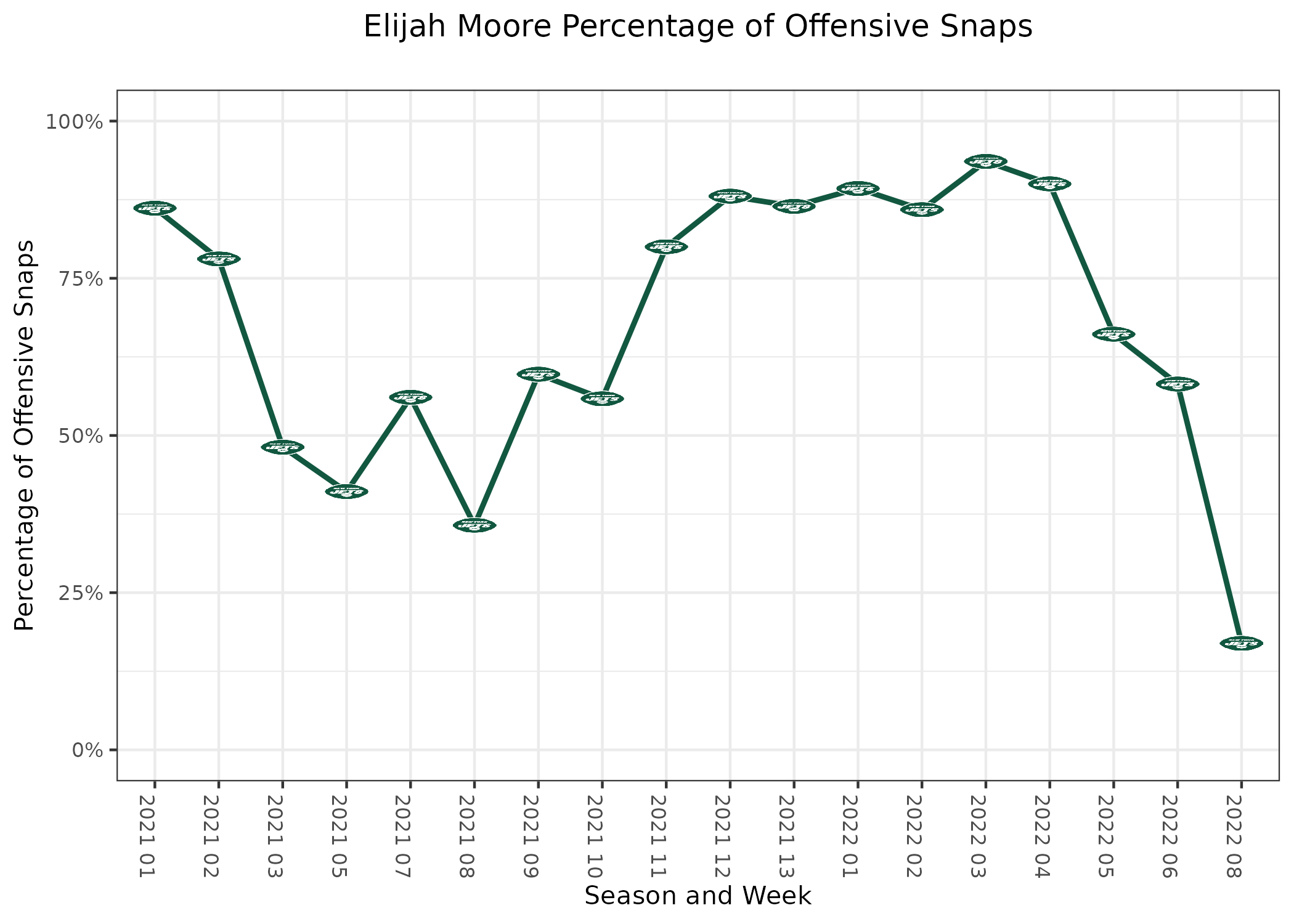 Add Tyler Conklin: Conklin scored two touchdowns while hogging targets in his best performance in over a month. 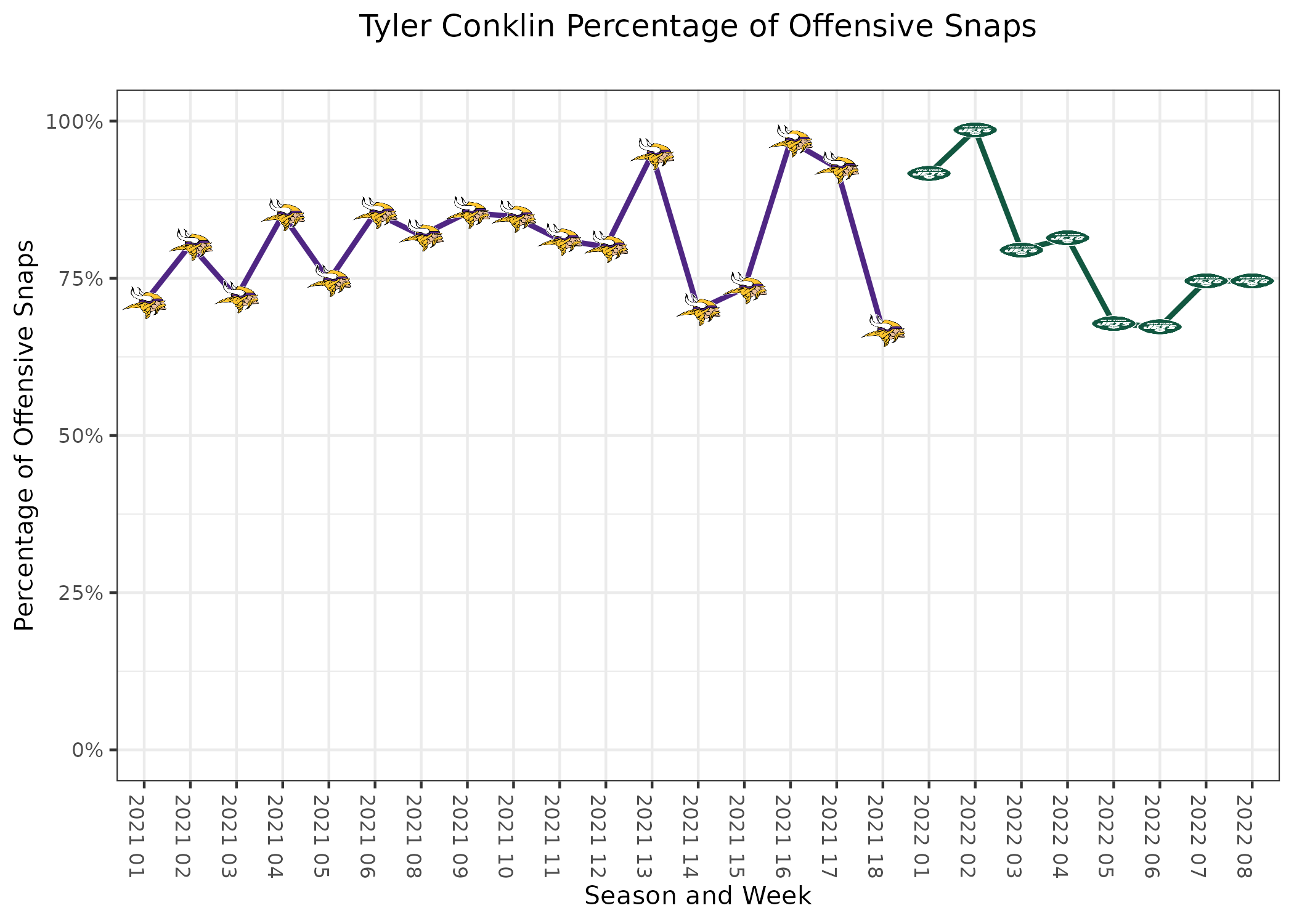