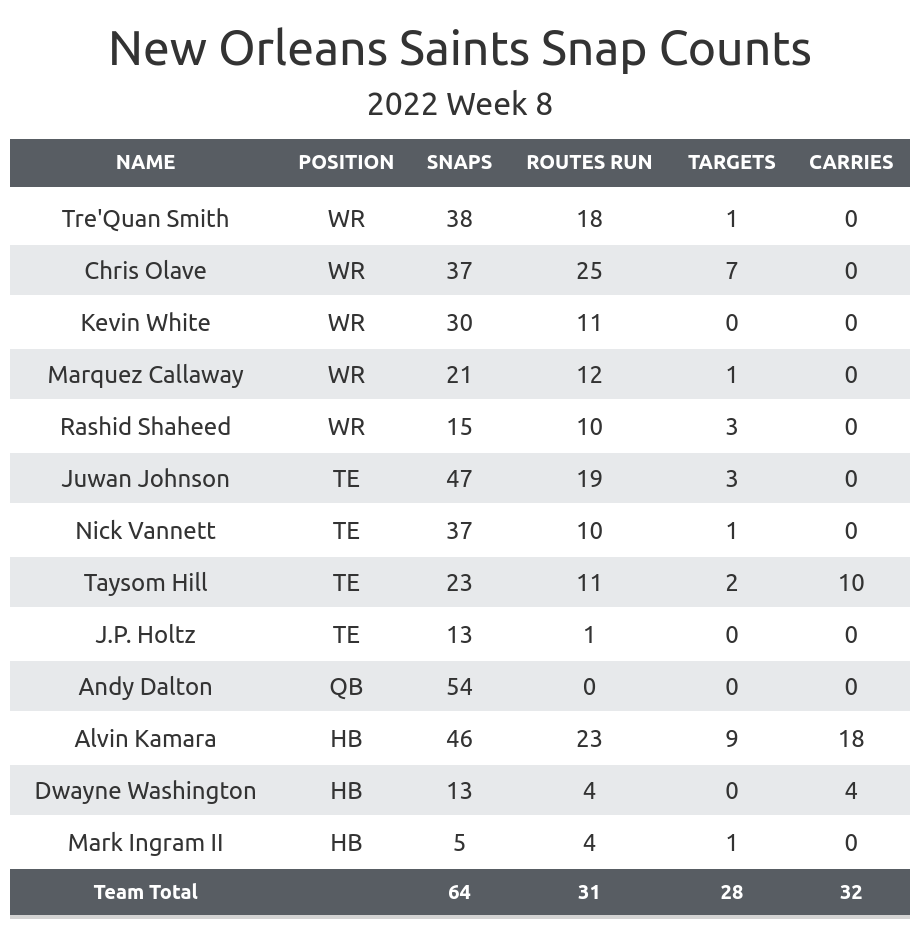 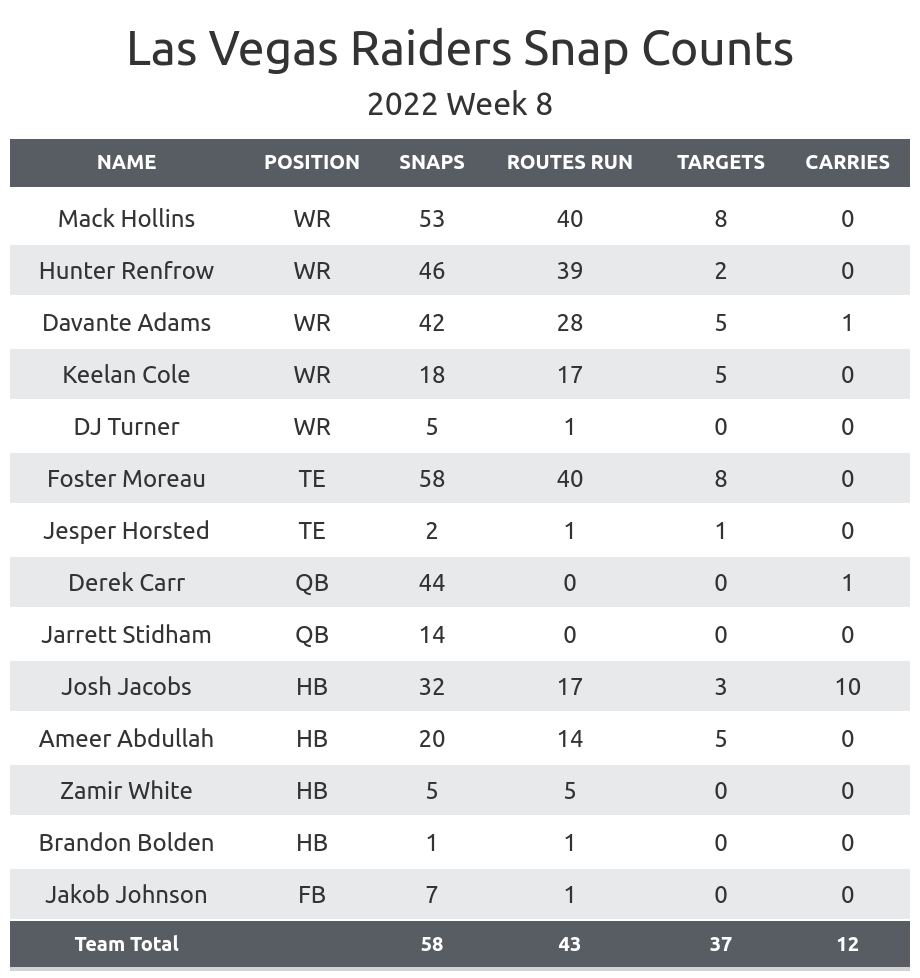 Monitor Mark Ingram II’s injury: Ingram suffered a knee injury at the beginning of the second quarter and did not return. 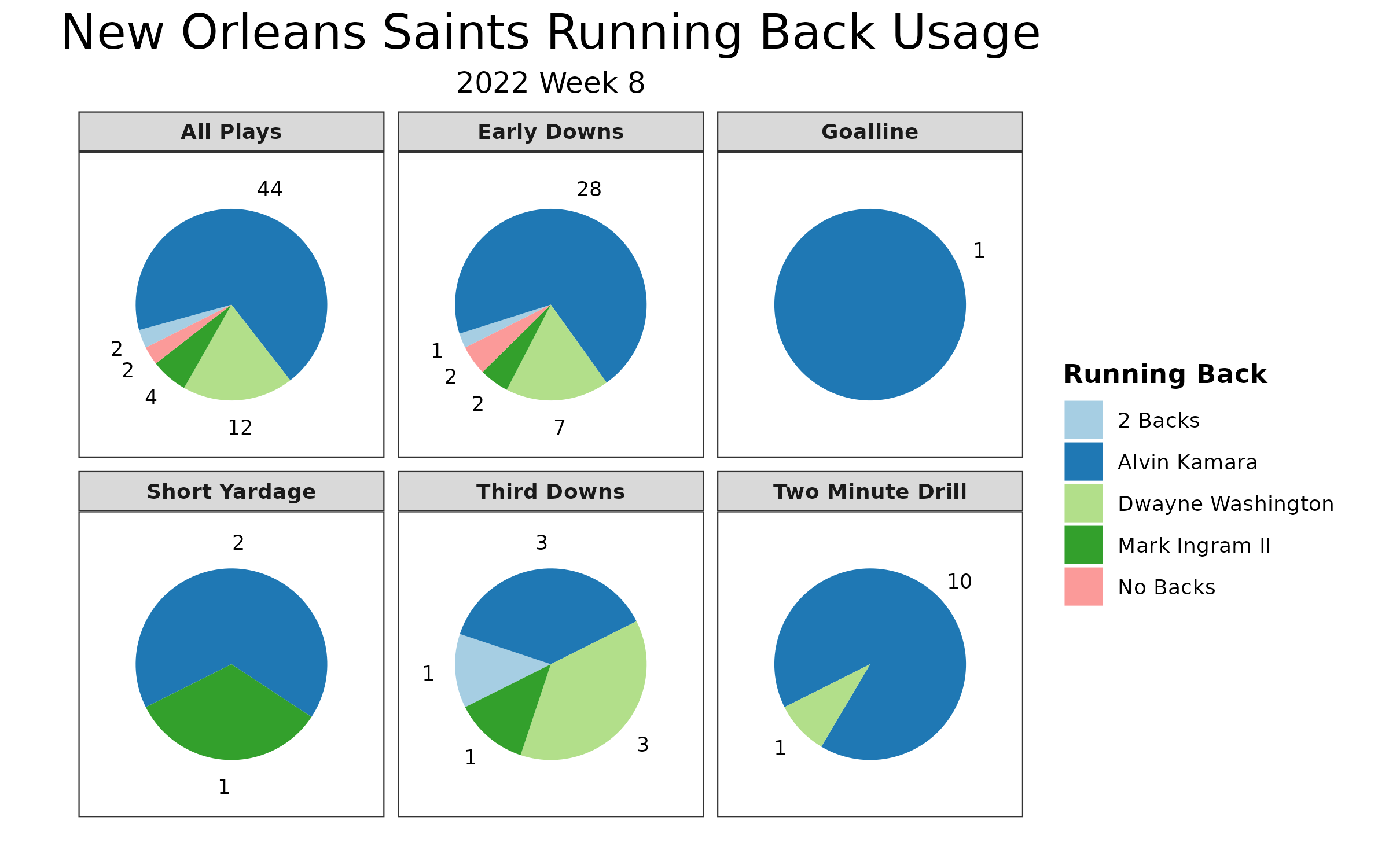 Marquez Callaway falls down rotation: The Saints still don’t have Michael Thomas or Jarvis Landry, but that didn’t mean Callaway was a clear receiving option as in previous weeks. 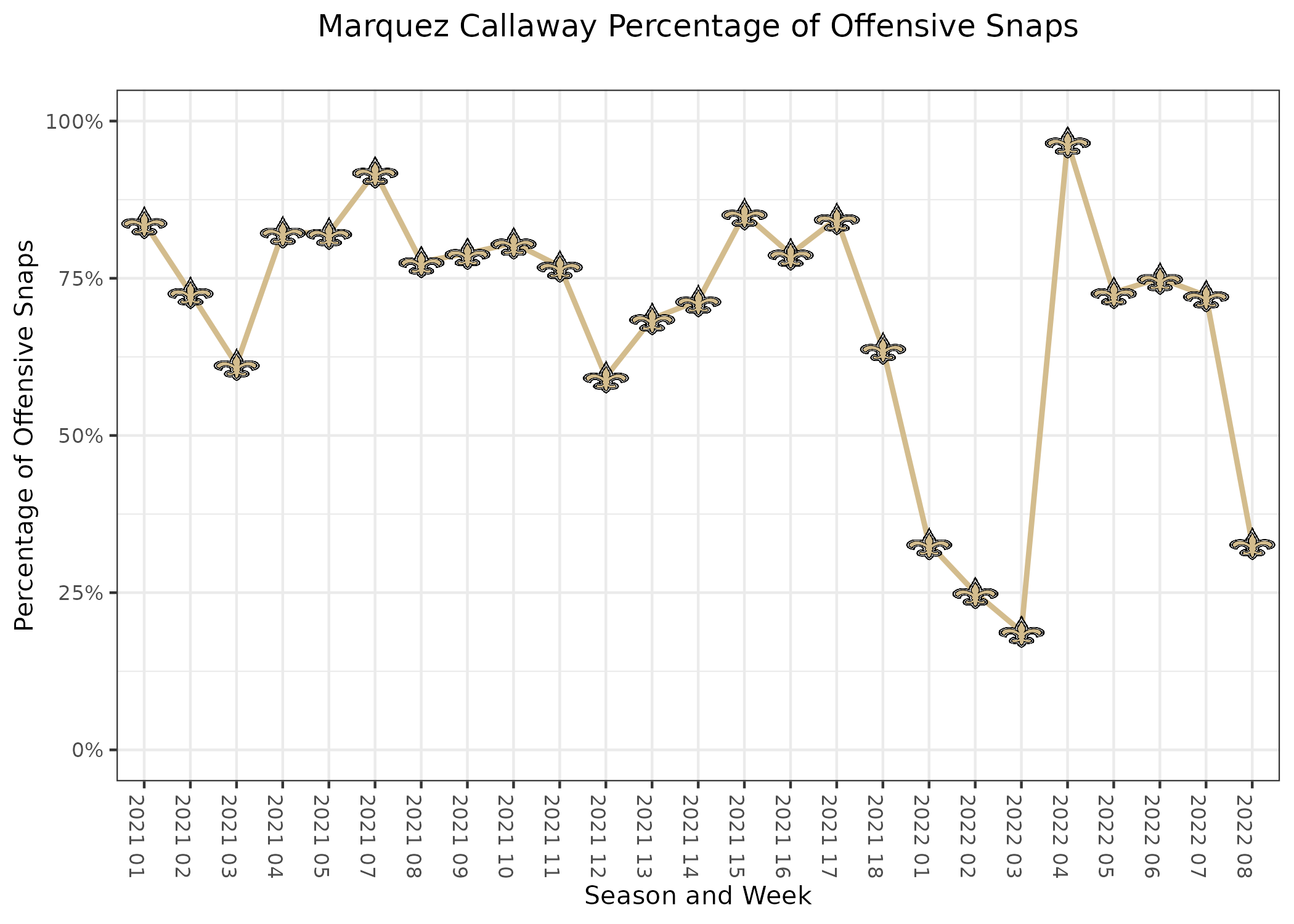 Buy low on Davante Adams: The Raiders receiver caught one pass for three yards on five targets in the team’s blowout loss.

Josh Jacobs falls back down to earth: The Raiders running back gained just 43 yards on 10 carries but also lost his third-down snaps. 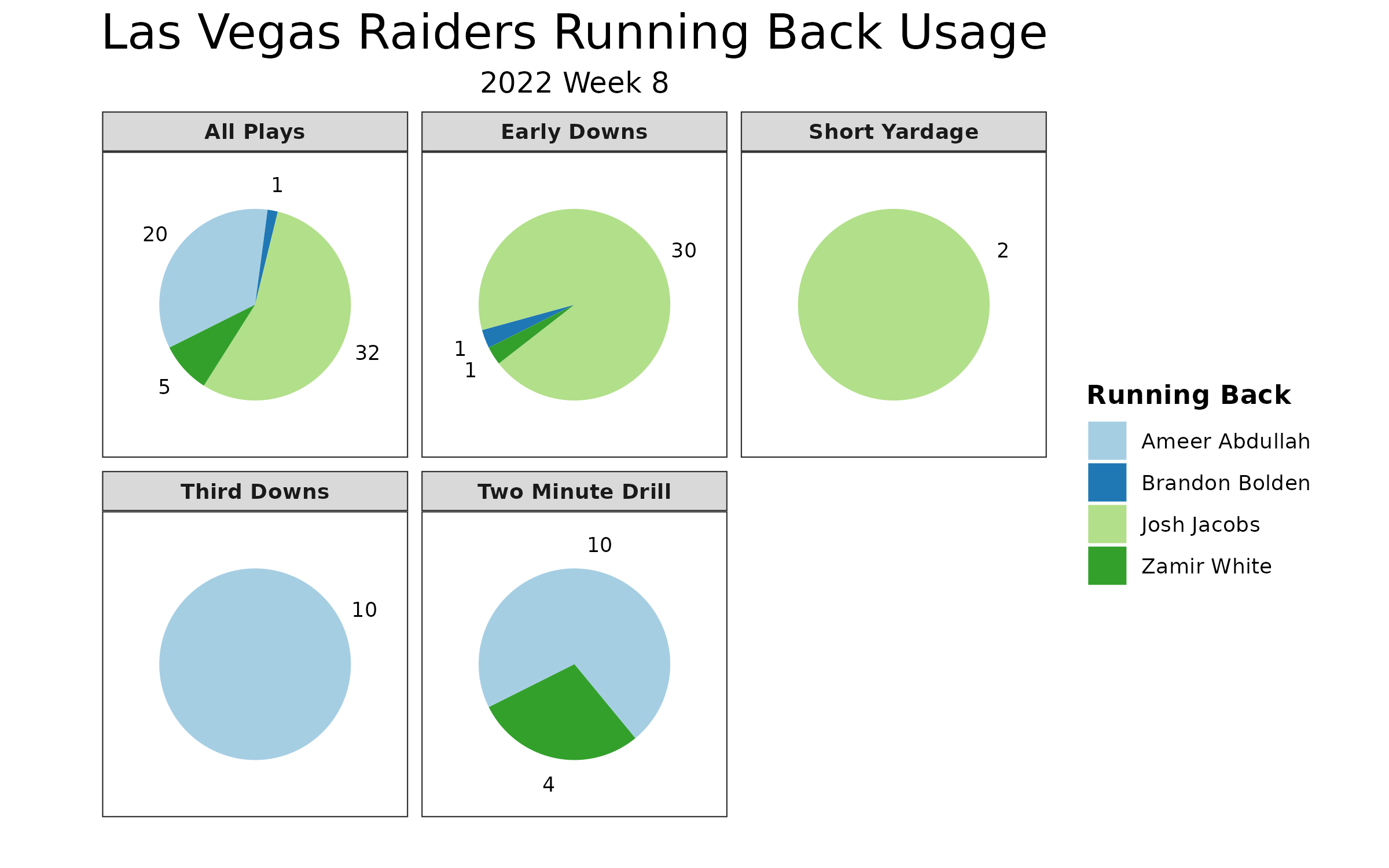