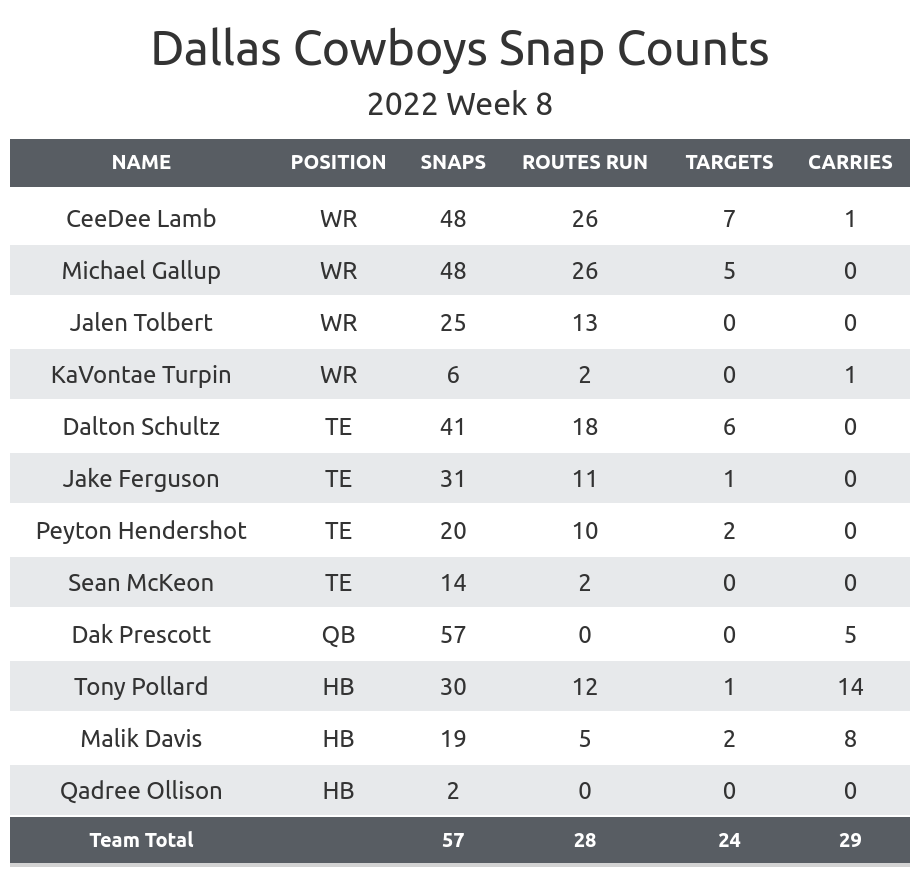 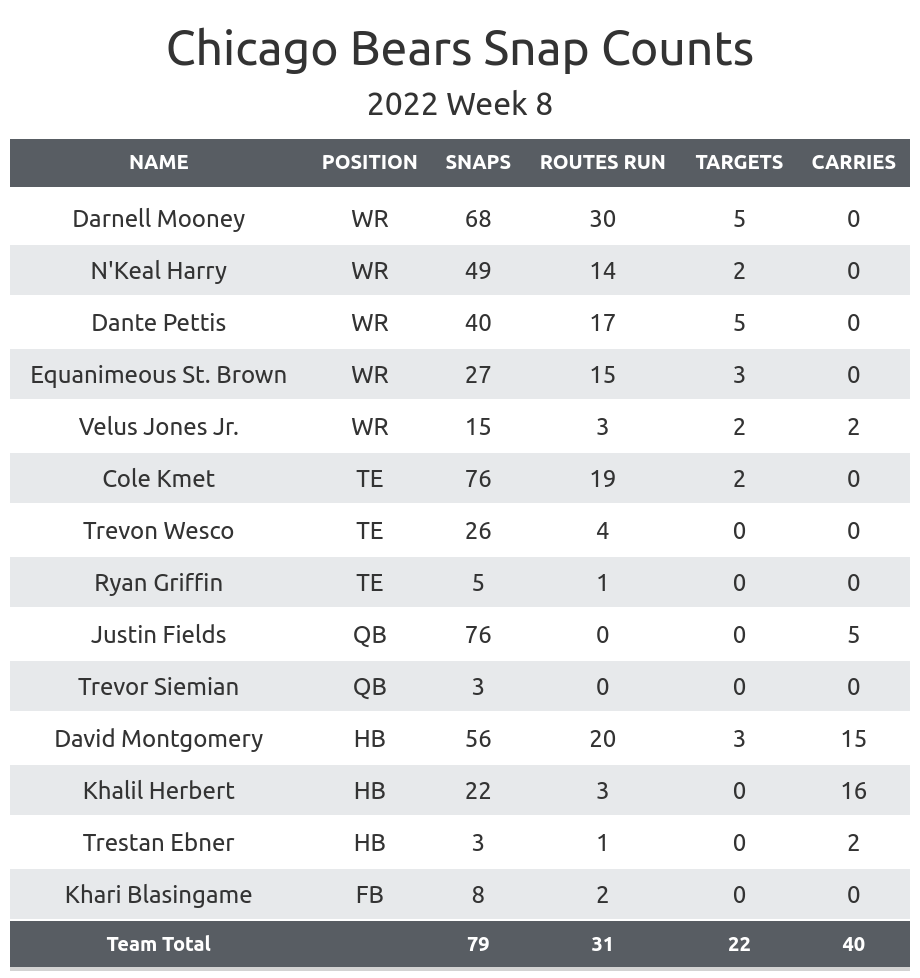 Tony Pollard starts: The Cowboys didn’t have Ezekiel Elliott due to injury, allowing Pollard a chance to shine. 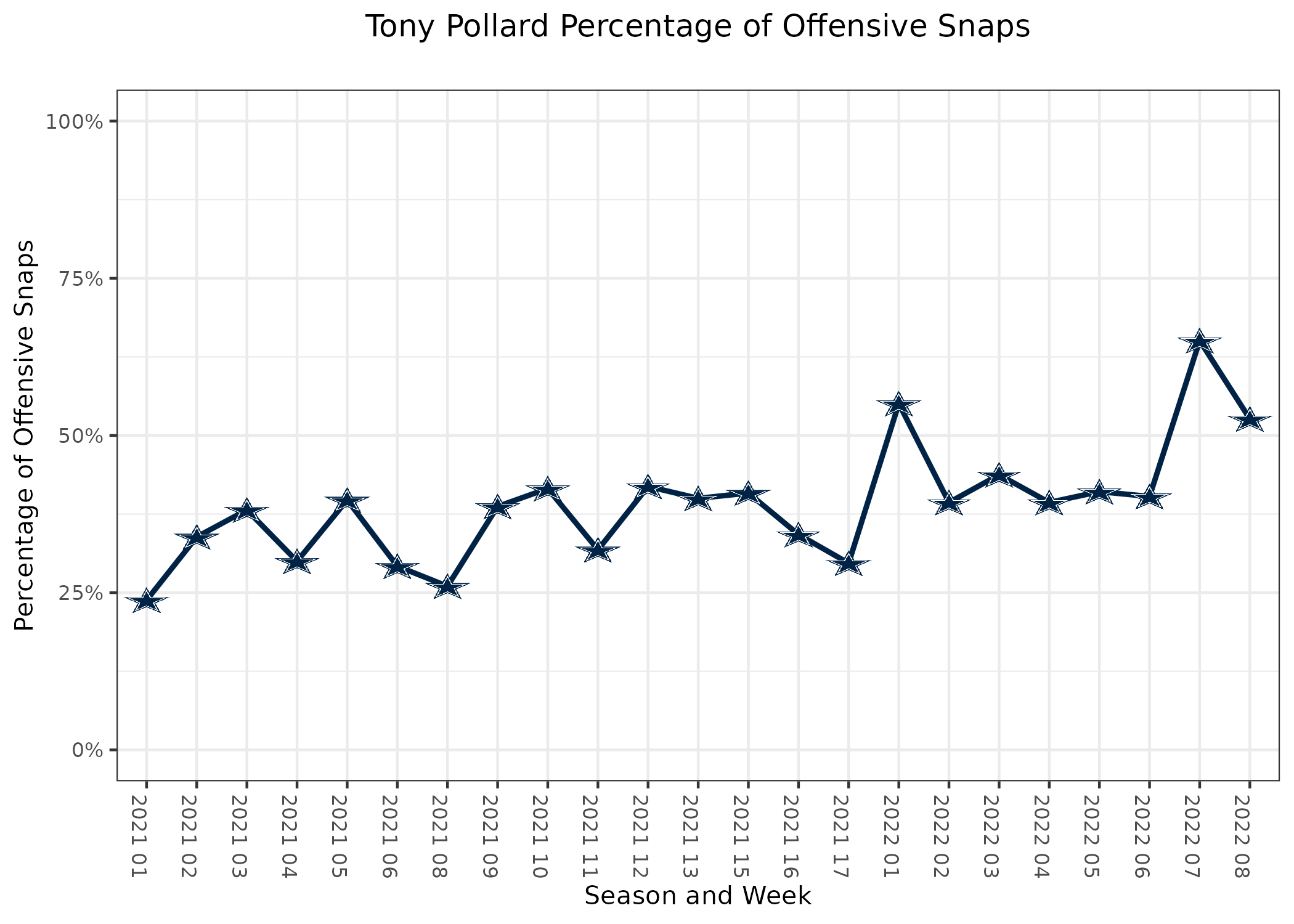 Jalen Tolbert’s missed opportunity: Noah Brown missed this game due to injury, allowing Tolbert to move up to third on the team’s depth chart.

Add Khalil Herbert: Herbert continues to be the Bears' most productive running back on the ground, which is earning him more carries. 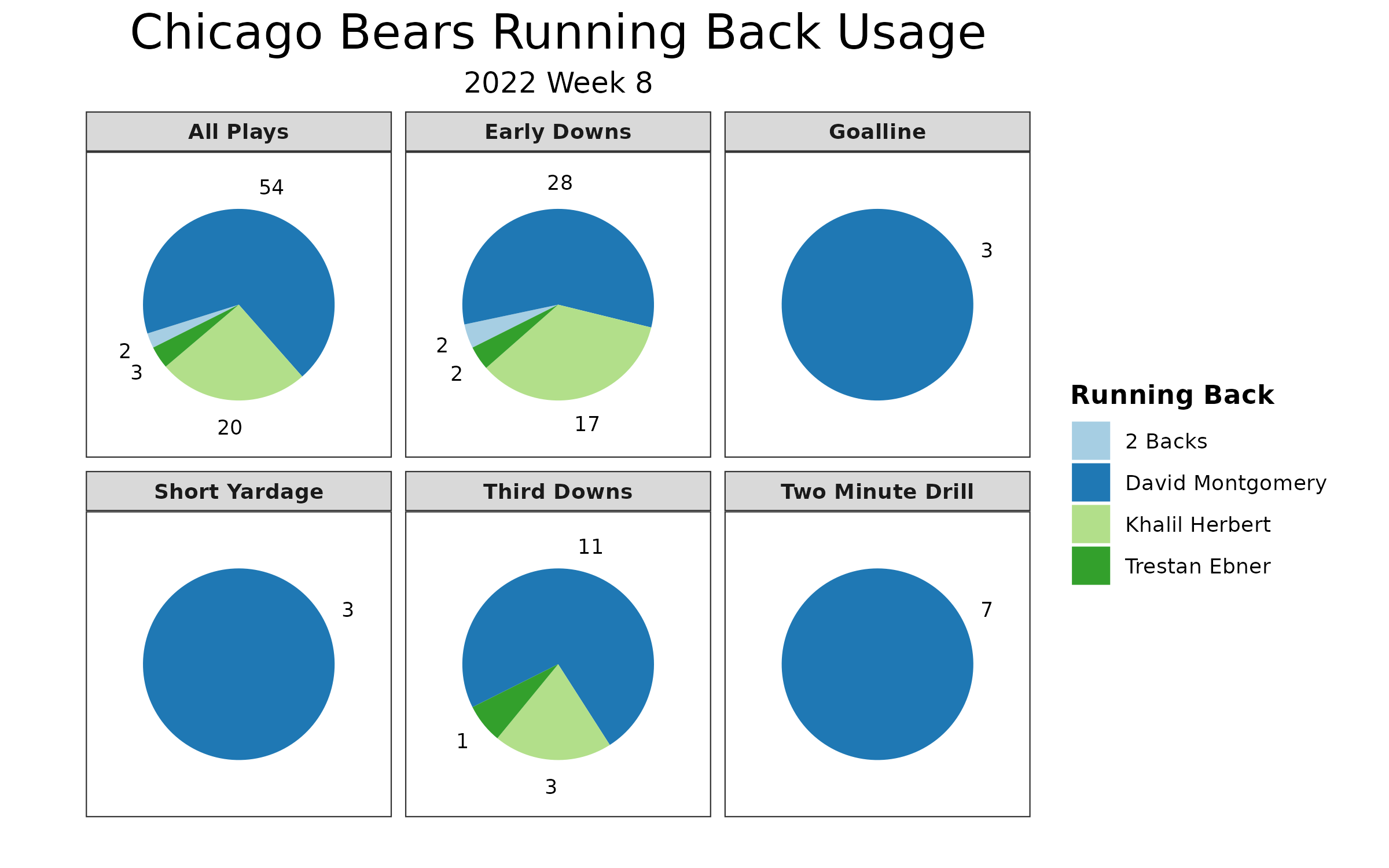 The Bears' new No. 2 wide receiver: N’Keal Harry caught a touchdown at the end of the first half, leading to more playing time in the second half.