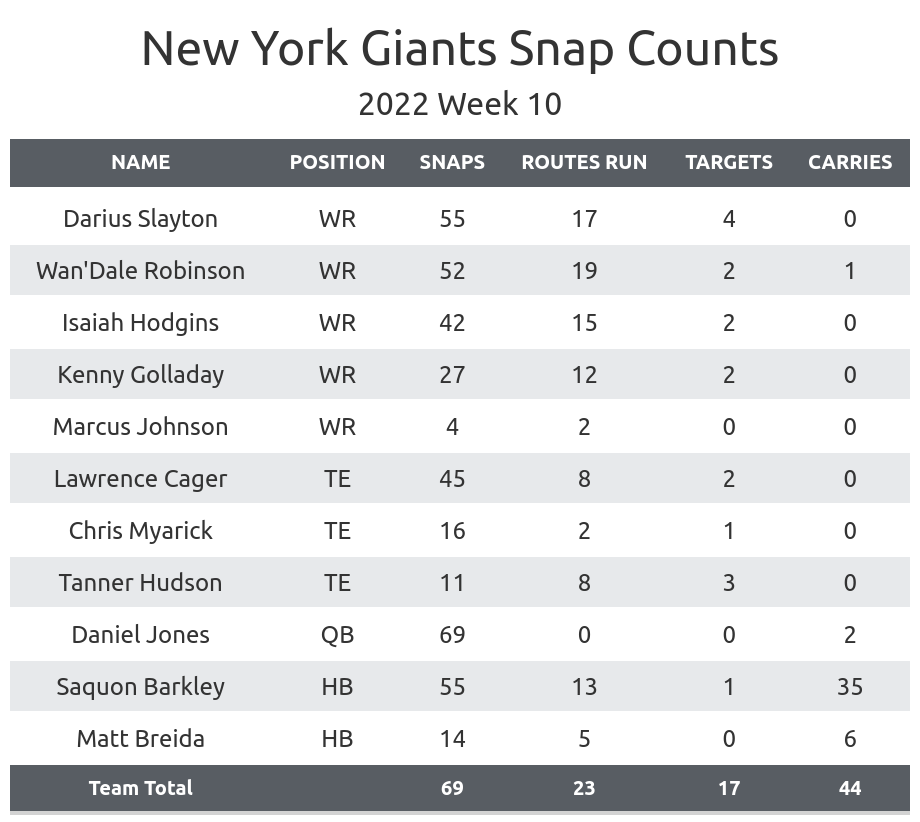 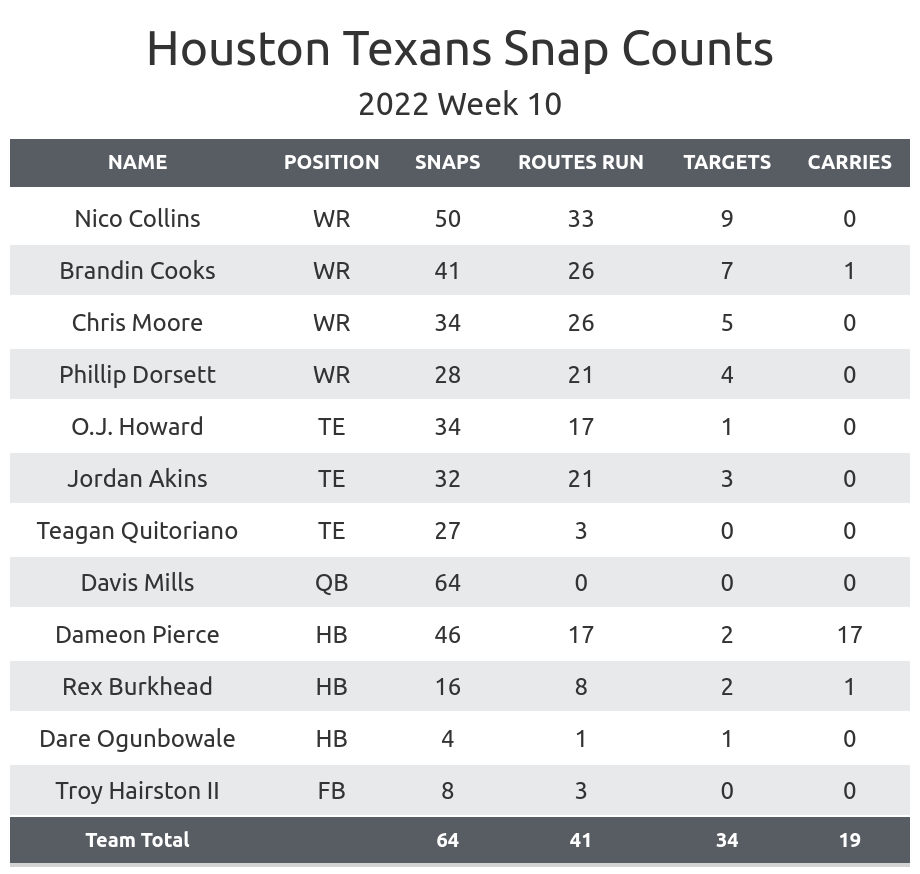 Brandin Cooks’ return: The Texans’ disgruntled receiver returned to the team after not being traded and missing last week, but he didn’t see his usual snap share. 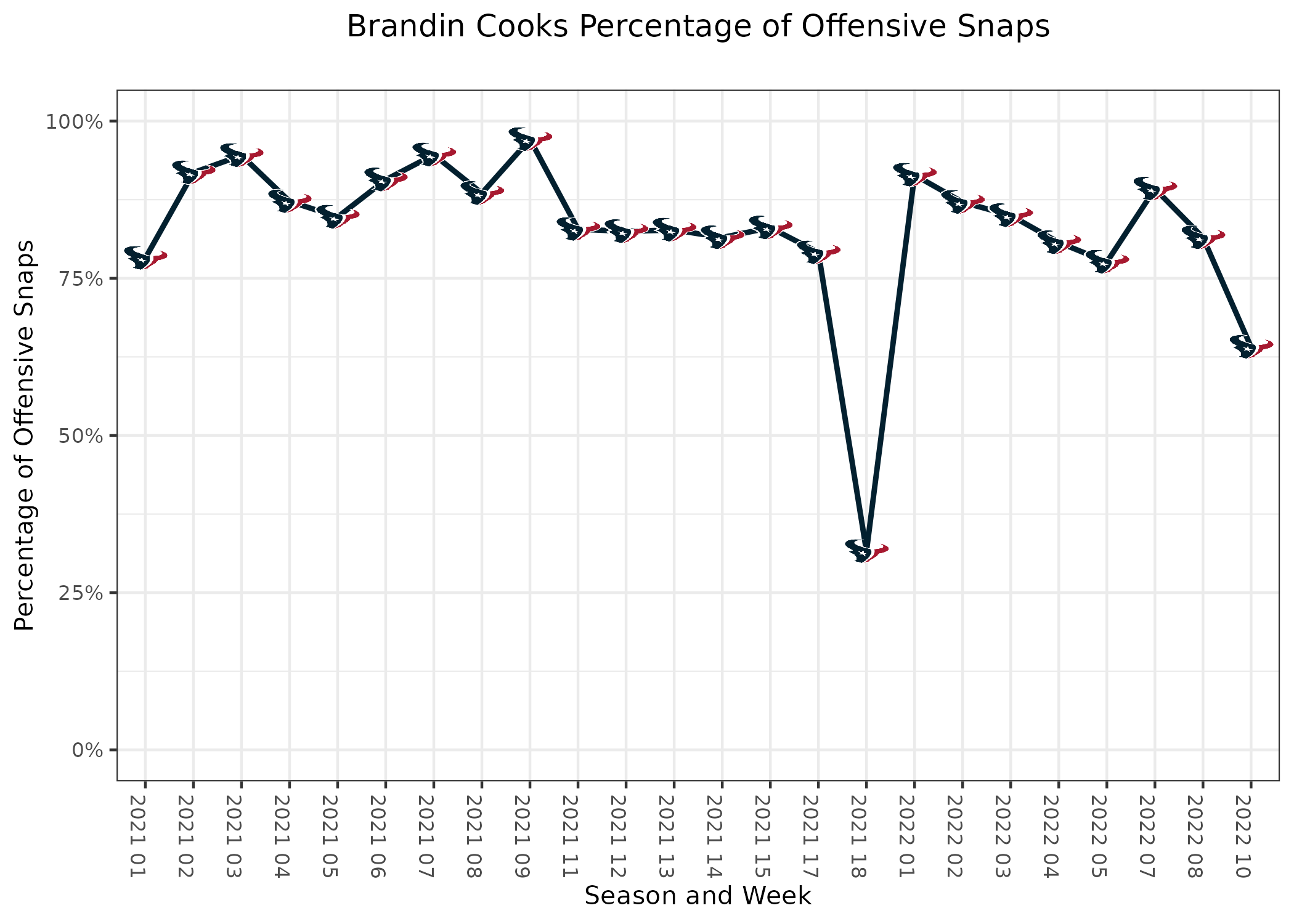 Texans’ tight end room continues to evolve: The Texans tested out a complicated four-man rotation at tight end in recent weeks but went to a three-man unit in this game, with Brevin Jordan serving as a healthy inactive.

Kenny Golladay’s return: Golladay saw his first offensive action since Week 4, but his return was overshadowed by a recent addition. 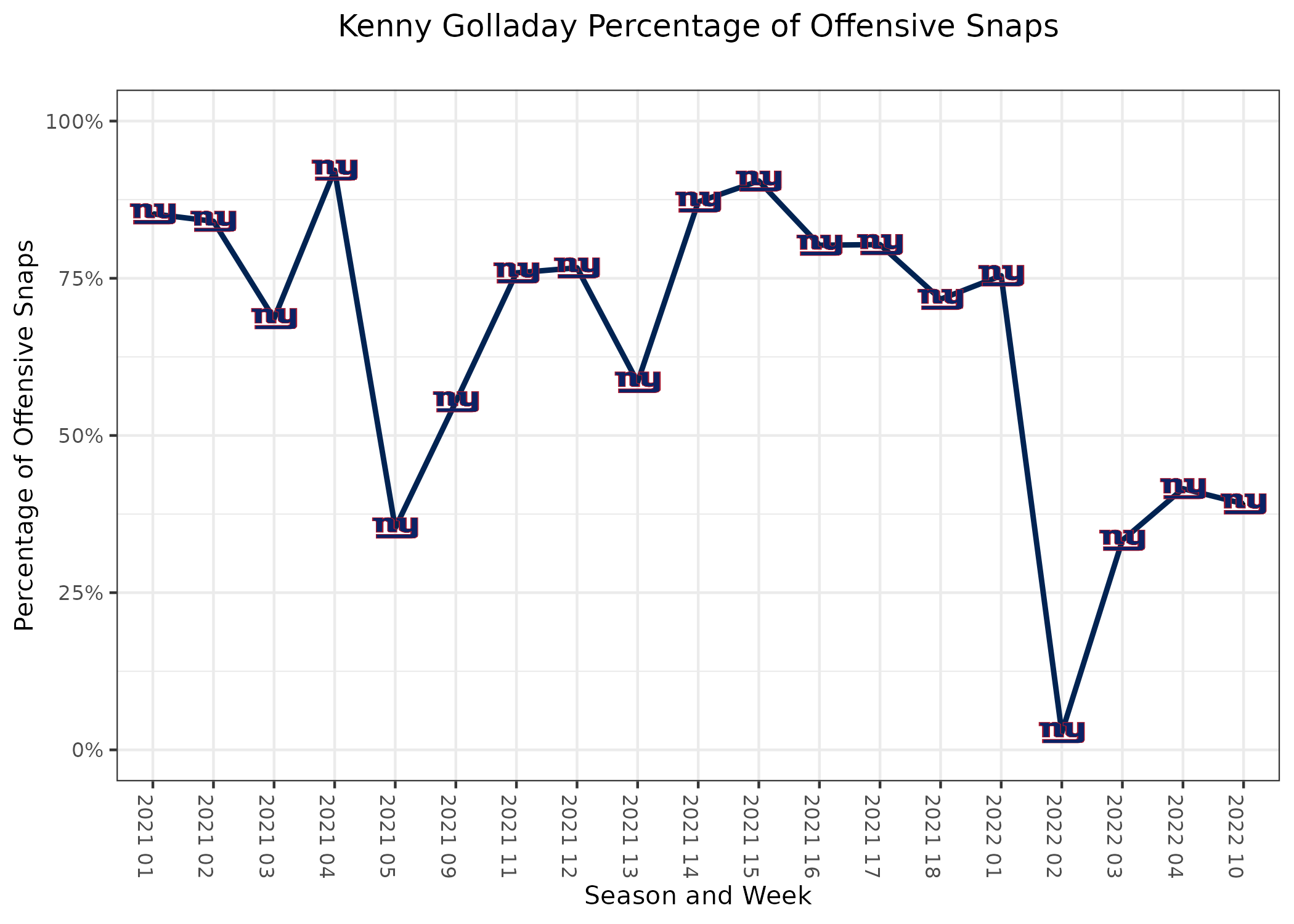