• BetMGM Sportsbook has USC, Utah and Oregon as Pac-12 favorites, but according to PFF, the Utes are the only team with over a 14% implied probability of winning the conference.

• A year after exceeding expectations, the Oregon State Beavers have a good shot of doing so once again, making the over on their 6.5-win total a good bet.

• While they will likely struggle in 2022, betting the over on the Arizona Wildcats‘ 2..5-win total is wise due to improvements at quarterback and receiver.

The 2022 college football season kicks off on Aug. 27, as Week 0 is headlined by the Northwestern Wildcats and Nebraska Cornhuskers squaring off in Dublin, Ireland. Most of the value has been lost on preseason bets in college football, but that’s not to say there aren’t some winners available on the market.

Let’s look at the best last-minute preseason bets in the Pac-12.

The Pac-12 could bring chaos to the collegiate landscape this fall, as the new-look USC Trojans and sturdy Utah Utes have their eyes set on a surprise College Football Playoff berth while Oregon with a new head coach and quarterback is still lurking behind them hoping to play spoiler.

Here is a look at the PFF projected win total for every Pac-12 program compared to their win total posted on BetMGM Sportsbook. The further away from the black line, the more PFF disagrees with the posted win total. 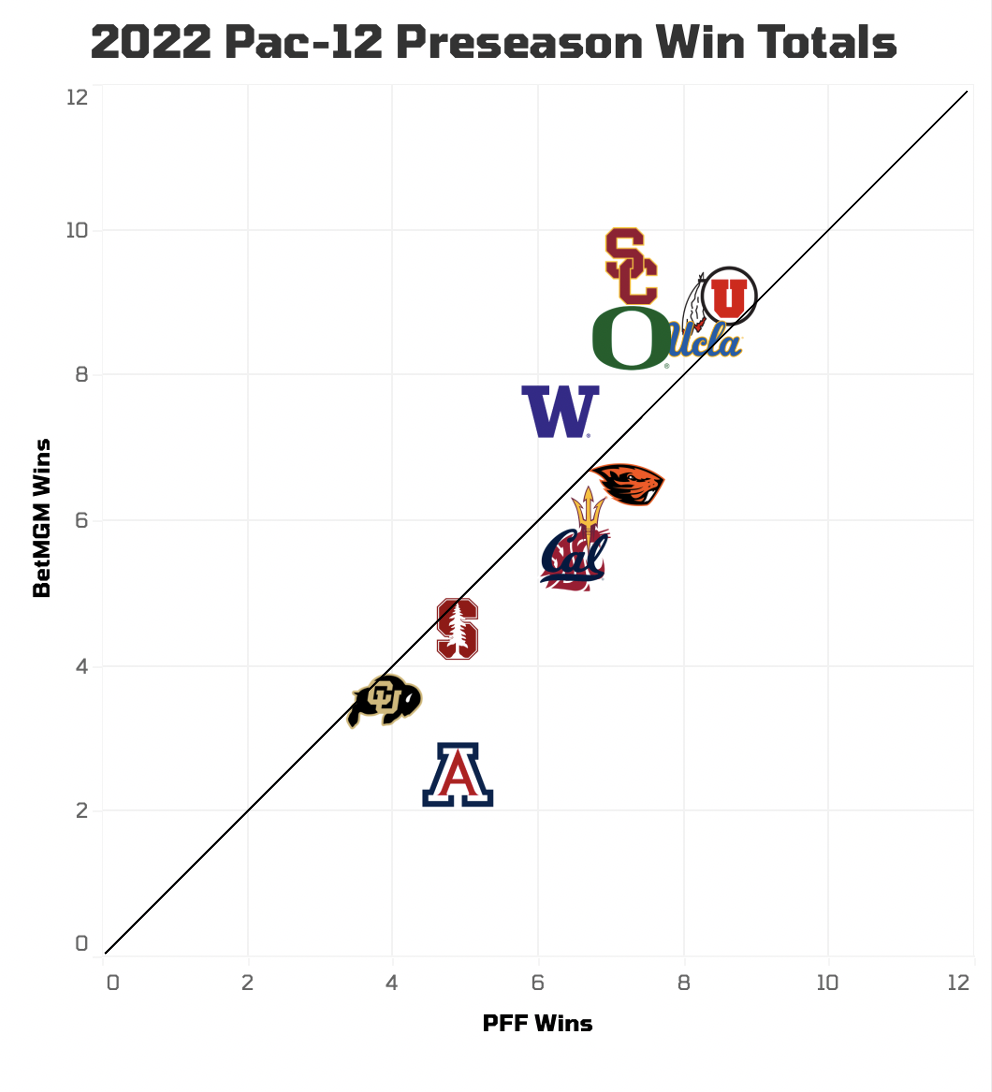 All of these win totals listed on BetMGM Sportsbook are juiced in either direction. Here is where which listed win total is leaning:

Arizona still has a large uphill climb to get back to relevancy, but Year 2 of the Jedd Fisch era ought to be a lot better than the first go around in 2021 that ended in a 1-11 record.

Oregon State smashed expectations last year, as the market expected the Beavers to finish near the bottom of the Pac-12 with a 4.5 win total, but they came away with seven victories and a bowl berth. This year, the market might be underrating the Beavers again.

Washington has a wide range of outcomes due to durability concerns and a gutted corner room.