The Philadelphia Eagles offense was derailed on Sunday by the Seattle Seahawks, but one player whose star continued to shine this season was wide receiver Nelson Agholor.

Agholor is in the midst of his third year in the league, which is usually a year where many wideouts traditionally ‘get it’ and see an uptick in performance, but for Agholor his success this season can be traced directly back to a fundamental position shift – to the slot. 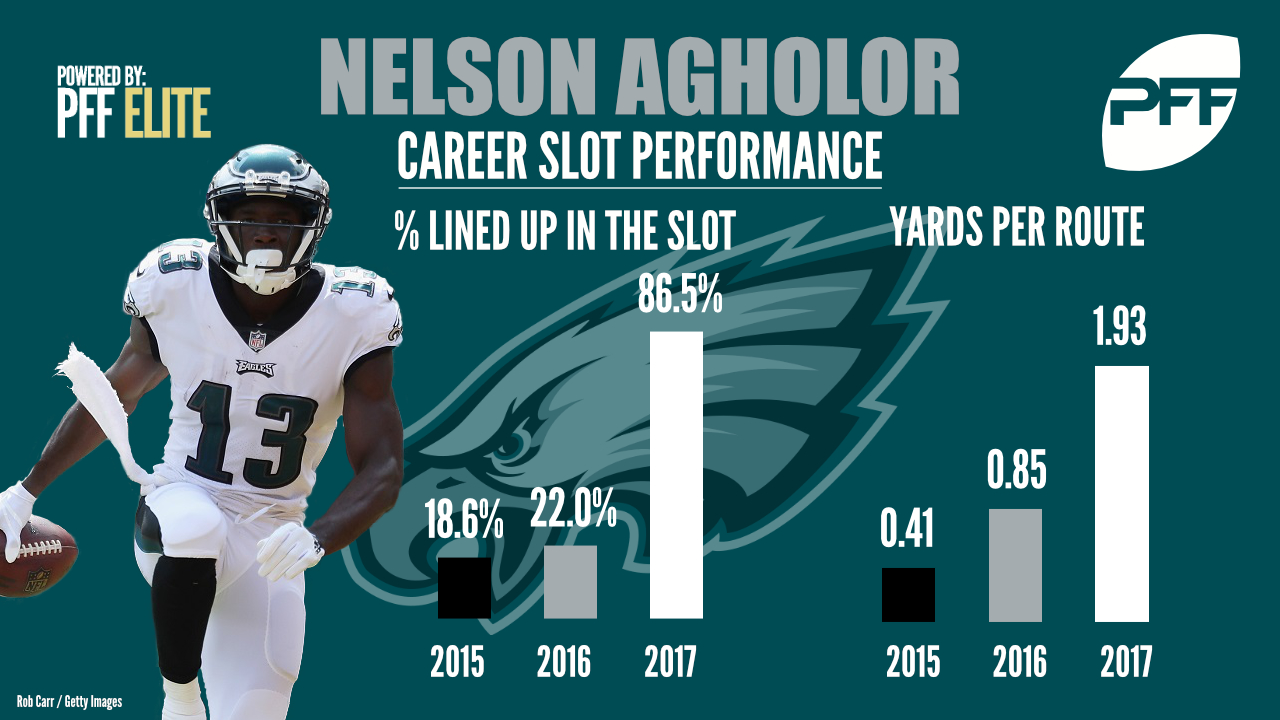 A former first-round pick, Agholor was used on the outside over his first two seasons, lining up in the slot only around a fifth of his snaps over those years.

He was perilously close to being written off as a total bust over that time, gaining less than 0.7 yards per route run. That’s a figure that would rank 87th this season and only two players would be less productive on a per snap basis. Top receivers can gain as many as three yards per route run, so for Agholor to be more than four times less productive was an amazing exercise in futility as a receiver.

This season, Agholor spends almost all of his time in the slot (86.5 percent of snaps), and his production has shot through the roof. Only Larry Fitzgerald has more yards gained from inside this season than Agholor’s 582, and his overall yards per route run figure is more than twice as high as it had been heading into the season.

Some of that uptick has obviously been tied to the development of second-year quarterback Carson Wentz, but the fact that Agholor has found a role more suited to his skill set inside is clear to see on the tape. 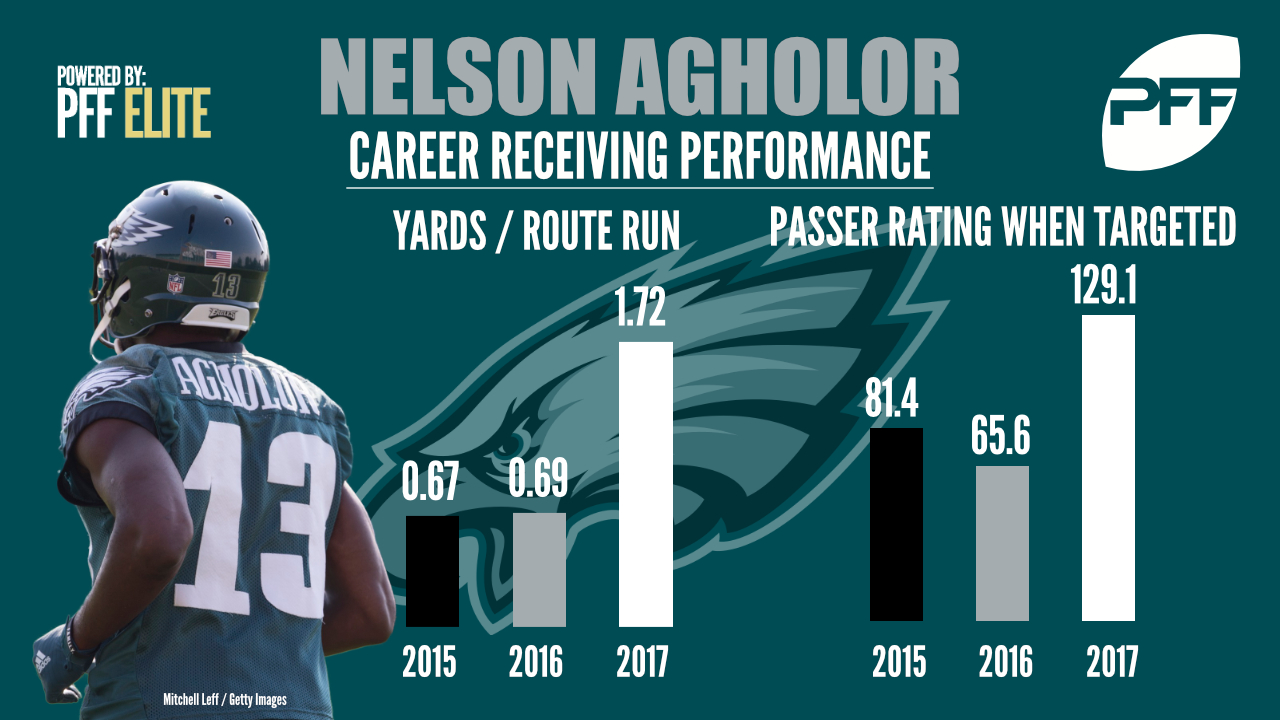 He has seven touchdowns this season when lined up in the slot, the most among all wideouts and he has dropped just one pass.

On tape, Agholor appears to be a receiver that struggles with physicality and can be out-muscled both at the catch point and over the course of his route. Outside, that was rendering him inert, as he could be over-matched and taken out of the game by aggressive cornerbacks, but inside where he lined up off of the line of scrimmage, he can find more space to use his quickness and speed to generate big plays, helping him to connect with Wentz and his big arm more often.

The Eagles offense may have come undone against the Seahawks, but it bodes well for them that Agholor was still able to produce and continue his impressive season given what they must have feared about his prospects heading into the season. He is a talented playmaker, who now plays in the NFL role best suited to his skill set.