ATLANTA, GA - SEPTEMBER 17: Devonta Freeman #24 of the Atlanta Falcons celebrates with Mohamed Sanu #12 and Matt Ryan #2 after scoring a 2-yard rushing touchdown during the second quarter against the Green Bay Packers at Mercedes-Benz Stadium on September 17, 2017 in Atlanta, Georgia. (Photo by Kevin C. Cox/Getty Images)

Below is the third installment of our weekly PFFELO rankings. Like all ELO systems, PFFELO is an iterative system that updates each team’s rating after each game based on two things: how well they played against their opponent and how well they were expected to play against their opponent. The PFFELO rating system measures the former using our unique offensive, defensive and special teams grades, while the latter is determined by the PFFELO ratings leading up to the game and where the game is played.

After surviving a scare the first week against the Bears in Chicago, the Falcons put their foot on the gas against Green Bay to open their new stadium. Matt Ryan was brilliant again with play action, finishing fourth in the league with a 118.8 rating using the play fake last week. This was in no short measure due to the effective running of their backs, who generated 5.0 yards per carry (3.3 after contact) against the Packers on 25 carries Sunday night.

The Patriots and Tom Brady rebounded in Week 2 against a poor Saints defense, putting up 447 yards through the air, 102 of which were on Brady’s five passes traveling more than 20 yards in the air. Rob Gronkowski was fantastic, turning 10 targets into 116 yards. His 4.00 yards per route run was third among qualifying tight ends in Week 2. If he can rebound from his minor groin injury, this offense should continue their adjustment to the loss of Edelman and hit their stride in the coming weeks.

It isn’t always pretty with the Chiefs, but in a day where their offense struggled to score for much of the game, the defense, led by Chris Jones, Justin Houston and Bennie Logan, made up for the loss of Eric Berry by generating five sacks, five quarterback hits, 13 hurries and three batted passes in 53 pass defense snaps. This is a bona fide contender in the AFC.

The Steelers continued their winning ways against a depleted Vikings team by leveraging the strength of their efficient pass-blocking offensive line. Despite playing a front four including Everson Griffen (85.5) and Danielle Hunter (78.6) last week, the Steelers possess the second-best pass blocking efficiency (85.1) in the league to date, allowing Big Ben to generate a 104.3 passer rating when kept clean over that time.

The only team that hasn’t allowed a touchdown through two weeks, the Panthers are probably overrated a bit by this system, as they have benefitted from being able to play the 49ers and the Bills. Some of the same storylines that plagued them last year, the health and inaccuracy of Cam Newton, remain this year. Newton’s 69.2 adjusted completion percentage ranks just 25th of 33 qualifying quarterbacks, and his ankle injury appears to be nontrivial moving forward.

Trevor Siemian remains good enough for the Broncos defense to shine. In coverage against Cowboys star receiver Dez Bryant, the trio of Chris Harris Jr., Aqib Talib and Bradley Roby allowed only five of 13 passes to be completed for 43 yards, with three passes broken up, two interceptions (one for a touchdown) and just eight yards after the catch. The AFC West will be fun to watch this season.

After an impressive win against the Seahawks Week 1, the Packers struggled through an injury-riddled loss in Atlanta. A lot of the blame rests on the shoulders of some of their young cornerbacks, where 2015 draft picks Quinten Rollins and Damarious Randall surrendered completions on 10-of-11 passes into their coverage for 148 yards (118.8 rating). Rookie Kevin King was a bright spot, however, allowing only one of five passes into his coverage to be complete, breaking up a pass in the process. Look for Green Bay to continue tinkering with this unit until they reach a successful equilibrium.

One of three AFC West teams that are 2-0 and in the top 10 of this list, the Raiders took care of business at home against the Jets in Week 2. While Marshawn Lynch is the big name, Oakland is getting production on the ground from complementary players like Jalen Richard (58 yards, 9.7 a carry) and Cordarrelle Patterson (57, 19.0), due in large part to an offensive line that has been the third-best in the league in terms of run blocking through two weeks.

The Cowboys, a classic regression candidate coming into the season, were able to avoid the fruits of such a prediction against the Odell Beckham-less Giants Week 1. Against a healthy Broncos team, however, a lot of warts were revealed. Broncos backs C.J. Anderson and Jamaal Charles were able to generate almost 130 yards after contact by forcing 10 broken tackles against the Cowboy’s defense. On their heels, all Cowboys defenders not named Demarcus Lawrence were able to generate only five total pressures against a Denver offensive line no one is going to confuse for the Dallas front five.

The Ravens have swept through two-thirds of their opponents in the AFC North so far, allowing just 10 points while surrendering a 1/8 TD-INT ratio defensively. These fortunes will likely regress, so it will be on the shoulders of Joe Flacco (the 11th-highest graded quarterback in the league through two weeks) to generate more points offensively. This will be more difficult without the services of All-Pro guard Marshal Yanda (84.4), who was placed on injured reserve this week with an ankle injury. 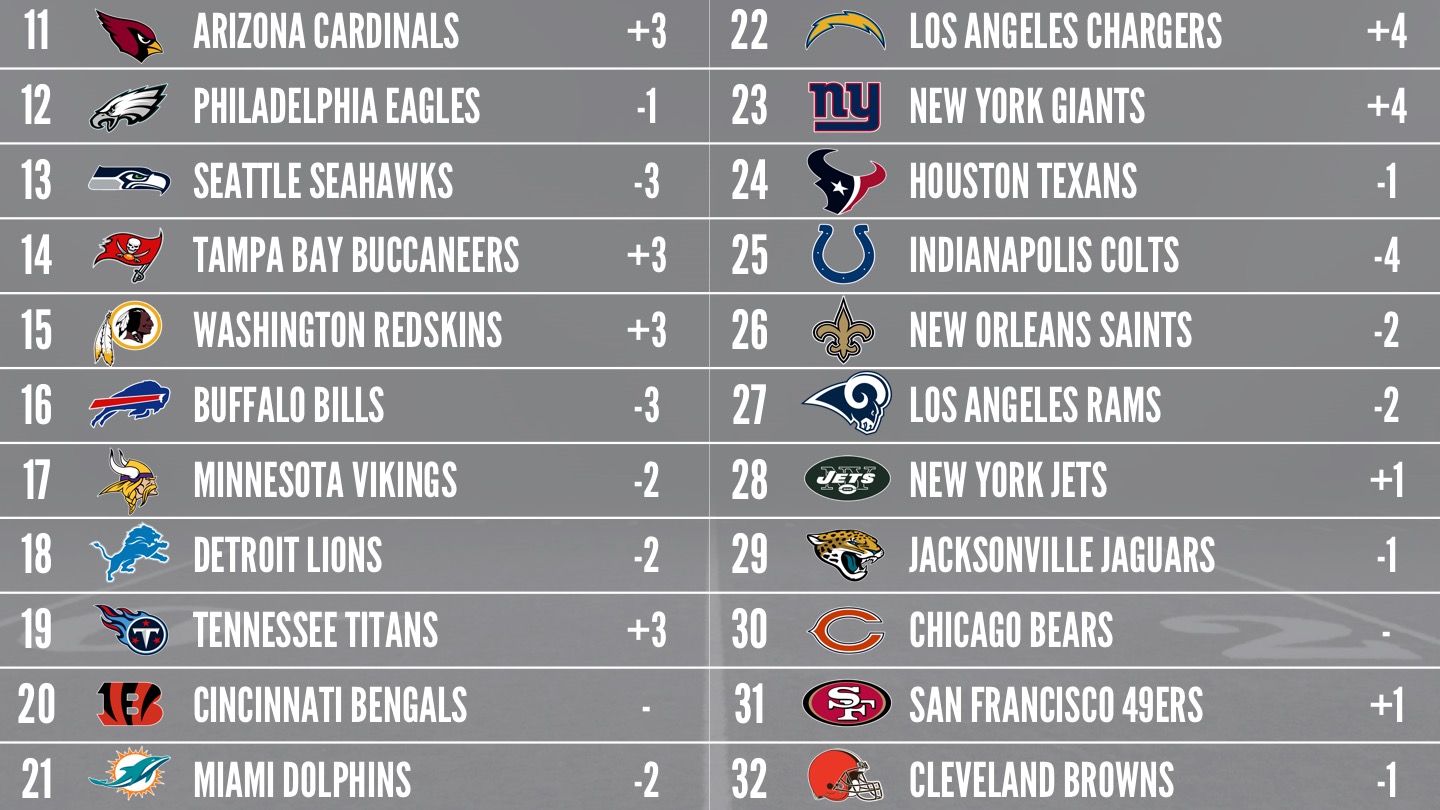